Ivan Gazidis is dealing with the Dubai-based airline company to seek a deal over extending the sponsorship between Milan and Fly Emirates.

Fly Emirates first became Milan’s shirt partners in 2010 when Adriano Galliani found a sponsorship agreement with the airline company. The deal between the sides was then extended by Barbara Berlusconi in 2014 until June 30 2020.

Unlike Audi and Adidas, Fly Emirates chose to stay with Milan even after the ownership change and the arrival of the Chinese to Milan. Now Elliott are in charge of the club, and CEO Ivan Gazidis has the task of finding a new agreement with the Dubai-based company and extending the sponsorship for a second time.

As reported today by Milannews.it, talks between Milan and Fly Emirates have been ongoing for several weeks now and the desire is to keep working together. La Gazzetta dello Sport wrote back in August that the Rossoneri’s partnership with Fly Emirates yields about €14m per season.

Milannews.it notes that Gazidis, who became the Diavolo’s CEO last December after leaving his position at Arsenal, is working on this front, but not only. In fact, other contacts are underway to bring new sponsors to Milan, who must increase their revenues. There is also a search for a very important partner who can buy the name rights for the new stadium which is in the works with Inter.

President Paolo Scaroni spoke of two mountains that Milan must climb at the same time in order to return to the top: winning on the pitch is one mountain, and increasing revenues is the other. 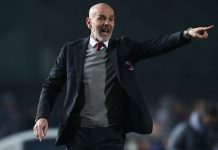 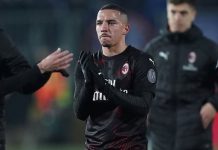 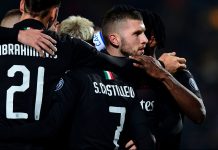 Connect with
I allow to create an account
When you login first time using a Social Login button, we collect your account public profile information shared by Social Login provider, based on your privacy settings. We also get your email address to automatically create an account for you in our website. Once your account is created, you'll be logged-in to this account.
DisagreeAgree
1
4
0
4

Have them buy the club as well while they are at it. They have the money to bring experienced WORLD CLASS coach and players.

It doesnt matter how rich they are, even Bll Gates would be just as limited by the Financial Fair Play as the current owners. They would be allowed to Invest as much they would want in infrastructure like stadium etc. but in regard of FFP and buying players they would be just as limited as Elliot WHO is allready super rich. Its all down to revenues how we can spend and down to how rich the owners are so forget about those pipe dreams as they wont happen overnight. On the other hand contesting the Whole ffp rule set in… Read more »

It would make a huge different. WE ALREADY TOOK THE PENALTY AND BOW OUT OF EUROPA LEAGUE. We are free now. We could spend as much as we need before FPP comes knocking on our door again. But in 2-3 years we would be like Inter at least. A very good foundation of players with a successful coach who brings players like Lukaku. Instead we are stuck with Borini. There is no hope for this management and this coach. We will have to hit that RESET button again next year, unfortunately 🙁

1.pessimistic individuals like u are not meant to be here.
2. Even though i myself don’t have high hope in this coach, i wish we perform well and get to CL as i hoped in Gattusso time.
3. wishing bad luck just becos u hate a player or coach is not a good way from a loyal fan.

Well thats your opinion to have but its infact just an opinion and not really based much on facts though, We could spend a billion but we could have just as well have done that under Berlusconis reign but there would still have been a punishment so if you believe we could go on a senseless spending spree extravaganza with punity you are dead wrong. Lets assume we followed your idea and based on the fact we made a deal with fifa then im pretty sure we would be punished harder the NeXT time we will account for our loses… Read more »