Milan’s season is practically over after the defeat in the derby which meant Juventus win the title, so they’re already looking forward to the next season and first and foremost, they’ll deal with contract renewals.

Ten players have expiring deals with the Rossoneri and many of those players could find themselves out of the via Turati comes the beginning of the next season – some legends are expected to leave as well.

Alessandro Nesta will hold a press conference today in 14:00, in which he’ll reveal his future. According to La Gazzetta dello Sport, he’ll announce that he’ll go to New York Red Bulls, where he’ll sign a two-year deal. Nesta will be given the captain armband in his last game against Novara, reports indicate.

Nesta reportedly decided to leave Milan after telling Adriano Galliani “Messi is too quick for me.” The legendary CB could be joined by fullback Gianluca Zambrotta who has been tempted by MLS as well.

Mark Van Bommel has decided to sign for PSV Eindhoven as he already plans his retirement. GdS reports he’ll sign the contract already on Monday. Clarence Seedorf who, according to his wife, fell out with coach Massimiliano Allegri will also leave the club according reports in favour of a move to Botafogo. His wife said he could join her in Brazil already on Monday. Allegri could leave him out of the Novara squad, though.

Filippo Inzaghi is very likely to leave, and perhaps even hang his boots at the age of 38. il Corriere dello Sport claims today, though, that Gennaro Gattuso is also pondering an exit as he doesn’t want to be a burden. Flavio Roma, whose deal also expires, will reportedly retire and be Milan’s goalkeepers coach.

According to Milannews.it Mario Yepes will also be given a new contract for one year. At first he was expected to leave so he can end his career in Colombia. Mathieu Flamini – the only one is that list who’s below 30 – could be given a two-year contract renewal, but he will have to cut his wages by at least 50%.

Milan also have players with contracts to be resolved – players who’re on loan right now: Sulley Muntari is expected to stay, while Maxi Lopez isn’t. Alberto Aquilani will stay only if Milan negotiate a lower price. 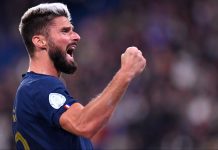 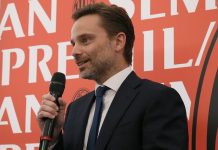 Nesta and Gattuso must stay

Well it sounds good that we will be letting go the boys who have done their jobs superbly, but I am a bit suspicious how many new players we will sign. This season we had a lot of injuries but normally our squad would be too big. Lets hope for 3-5 of average signings and a couple of great signings. Forza rossoneri.

Goodluck to any of them that leaves!

Yepes shd leave,we need a new beginning with young and talented players who will die for us. I know with quality we will definately be great again. I wish all the old guys the best of luck.

Our AC Milan needs 2 be bought off by one of these huge money spenders so we can buy some world class names and become d Milan we used 2 be. Berlusconi is brrrooookkkkkeee!!!!! And cn’t do it 4 us now. D game has changed and we need 2 make some changes as well. There r so many players out there who r willing 2 do anything 2 sign 4 Milan. Forza Milan!

Marseille, they will never sell the club and they will continue to use their outmoded policies that are killing our team. Milan is no more attractive b’cos our player are not marketable and this has lead into small sponsorship deals. How many ppl will buy ticket to watch nocerino,ambro,yepes,antonini,bonera. I learnt they want to sell T.silva. Our mgt is visionless and aimless.

nesta & ambrosini must stay unless he doesnt get along with allegri, since, it seems, he’s escaped the ax

Nesta can still defend better than many players that are 10-15 years younger than him. I’d much rather keep Gattuso than Ambrosini. Ambrosini is the poorest of them all. Even Seedorf is better than him and I think it’s time Seedorf leaves.

nesta announces that he is leaving

Since Nesta is gone then all of them should go, we don’t need them as Nesta is the most important among all of them.

muntari and ambrosini should leave !

why muntari leave?! he has scored alot of goals and is playing well for ac

you know what except zlatan, cassano,pato t.silva boating and abbiati rest of players doesn’t deserve to play in a great club like milan and about robinho: hes not fast like before and he scored only 7 goals so he should leave also

lets see what they will do but i dont think yepes deserves to stay.and i thought silver was promised the handband?why should ambrosini stay when he will only be used sparingly?

and i dont think muntari could play consistently for a season,i’l rather keep aquilani,strasser,merkel and the other guys that will join.we really need to give our talented youths the platform to raise their games.if a youth is good enough then is old enough…

The team needs a new direction, teams like man u,madrid,barce,bayern are still on top b’cos they have a specific time for their CEOs but its not like that in milan. Galliani has been there over a decade and does not face any competition from anyone.that has led him to do whatever pleases him by buying mediocres. His ideas in football are outmoded and shd be changed. We need someone who is knowledgeable in modern way of running football. Galliani shd leave b’cos he is visionless and aimless.

If Allegri must stay next season, the he must find an alternative to his favorite formation preferable 4-2-3-1 so that he can alternate different tactics from game to game.

This can be alternated with his 4-3-1-2 depending on the kind of opponent.

Ambro should definitely leave. Would rather want a rhino stay than ambro and it makes no sence to me that he shall remain captain. I say give the armband to thiago silva and show him some needed trust! Nesta was the one of the 10 players that it would mkae most sence to keep, although i understands he wanted to leave.. They should get monty and astori without a doubt in my mind! Then a player like asamoah who istn very expensive(about mil). At last a world class player is neede, but if the money isnt there, i would go… Read more »

I remember being in shock when Ambrosini got a renewal 3 years ago and he’s still here! Please leave!

Is this team serious? Renewing the contracts of ambro n yepes is suicidal to the club b’cos they will add nothing to the team. We need young players not grandfathers. We shd rather promote some academy players to replace them.

since nesta is leaving, we need yepes to stay for his exprience…he can b used to keep our key players fresh…ambrossini should stay too if seedorf and gattuso leave ( if we sell gattuso)…
as for muntari i think he should leave…he is too selfish and has poor passing…maxi definitily should leave because having paloschi instead of him makes much more sense ! flamini should stay too…he us better than muntari..
FINALLY ALLEGRI SHOULD BE THE FIRST TO LEAVE

zambrota,ambro,yepes should leave cause their too much old and abate,mesbah,mexes they should leave also cause they don’t deserve to play in a wonderful club like milan due to their unlimited mistakes,in my opinion the mistakes of these players is that we are finishing the season without any title.

It will only be wise for any fan to just be patient and see what happens,remember milan has great tradition and has been there before berlusconi,galliani or allegri came in..appreciate and thank those leaving and pray the new ones coming will the tru value of the re and black shirt.

I beleave it’s an era and we’ll overcome it in no time…pippo,sandro rino,mark- tnx so much u guys are great.