Do you know how much your favourite players earn every year? Well now you can know as La Gazzetta dello Sport published today (Monday), like in every year, the club-by-club & player-by-player yearly wages charts and Milan’s is below.

Milan are finally not the Italian club that spends the most on wages as they’ve been ‘taken over’ by champions Juventus whose salary expenditures are a reported €115 million this year. Milan are second with ‘only’ €105m to be spent on wages.

Inter and Roma are just behind Milan with €95 million and €92.5 million respectively set to be paid to players in the 13/14 season, Napoli are fifth and well behind with €74.1 million. The best-paid Serie A player is Roma’s with €6.5 million, the midfielder is followed by Napoli’s Gonzalo Higuain who earns €5.5m a year and Diego Milito of Inter whose salary is €5 mil.

Milan’s Mario Balotelli is ranked 8th in the Serie A highest-paid players chart but is first at Milan with €4 million earned in a season. Kaka is second at Milan but 10th in the league with the same amount. Here are all the figures, excluding bonuses

Sources: GdS, Sky Italia (Allegr’s salary only). (note: the figures below are reported figures and not necessarily accurate). 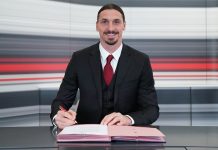 Official: Ibrahimović has extended his contract with Milan until 2022 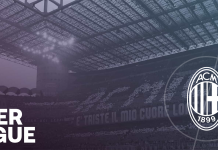 Matri 2.5! – Such an needless signing

only time will tell

Well, Matri did really well during the friendly with Chiasso in my opinion. He got into the right positions and threatened the goal a few times, one hit the post. Given more time to gel, he might just be a surprise.

I would offload Matri and Muntari ASAP. Complete deadwood.

Mexes has been at 4M since he came

MEXES SHOULD LEAVE, HE IS NOT WORTH THAT AMOUNT, it’s the flamini situation all over again. Milan have a lot of money used unnecessarily, and galliani claims we don’t have money.

Mexes is our best defender right now. I think he deserves 4 mill/year.

Mexes is on 4M/season because he signed on Bosman…

We must sell mexes when we bought some decent CB.

Amelia, zaccardo is deadweight and must sell too.

We need to loaning some players

So @Cyborg,u stil neva repented? Hw could u xpect Mexes to leave since we al knw he’s de strongest def we ve nw at present? Nawa u o! Wich means he should leave so we could go get anoda def dat might earn double of his wages? Is too pundious if u should keep reiterating 4 him to leave..

When you think about it, mexes is our best defender and gets 4mil, kaka is our best midfielder and earns 4mil and the same with balotelli, who is our best striker, so in some way you may say it´s fair

Good salaries… But mesex is much…

2.5 mil for Matri who can hardly hit a barn door… He reminds me of Gilardino — another deadwood striker who just said Prandelli thinks he’s as good as Balotelli. I couldn’t stop laughing.

We paid nothing for Mexes and you still complain of his salary despite being our best defender. Those still hating on Matri are well identified now so you don’t start backing off your hate when he starts proving his worth, i stick to my words, HE WILL SCORE GOALS.

Milan are more self sustainable now thanks to the financial management.

Dat true my guy matri is a great striker.

first sell bonera then others

Mexes is the best defender in MIlan

I seriously hope Verghara has a break through season so that he can replace Mexes and his huge wage bill, still i think the squad size is too big, more quantity, less quality..Pacifico should also be integrated with the senior squad slowly.

Based on performance our best midfield right now is de jong, not kaka.

Poli n Cristante is better than Nocerino,Monty is so overrated

i think that DeSciglio gonna get much more soon ..he is the same important for Milan like Abate

Matri scored 27 goals in 69 games for Juventus,why do you guys think he will do any worse in Milan ???? Just saying….!

because we have pazzini

Well, mexez earned it in my opinion. Its quite decent if you ponder on it.

Muntari wages should be no more than 600,000 euro… Not judging him as a human being… Just as a professional football player… & In my opinion… He is pretty mediocre… (HORRIBLE, HORRIBLE passing)

I see that at least 10 millions are earned by players like matri muntari zaccardo amelia etc. And plus allegri’s 2,5 millions we could have 12,5 millions to build a strong youth quality Milan
Also i believe that El Sharaawy and De Sciglio should earn more due to the fact that there are too dangerous teams wanting them and we must lock them asap

mexes deserves 4 mil he saved our a$$ many times!

this. he scored the goal that put us in the play-off last season.

hw much is galliani and berlusconi earning

I wonder if Allegri will give Cristante any chances this year. He should let him play every now and then and probably be a starter in some cup matches.

Allegri=mediocrity,if Max is so keen about youth,why is cristante not given chance to play

Before his extension, he got 4 million a year. Now, he gets 7,5 million for 3 years.

When i compare the salaries two years ago and this year i can see that we are doing well financially, and I am sure that Balo, sharawi, Kaka, etc. Can earn more on other clubs but this can show how Milanista are our players.

I am happy that we get rid of Flamini and other players who just care only about their pay check.

27 goals in 69 games is not the hallmark of a g8 striker dude! If Matri is as good as you claim, Juventus wouldn’t need another striker. Matri even benefited from great midfielders in Juventus. Very creative midfielders like Pirlo, Pogba, and Vidal. Yet he could only manage roughly 0.4 goals per game. His strength lies in getting supply from wide plays which was the hallmark of Juve tactics. We see a Milan that will be deploying a 4-3-1-2 formation with a very limited width neither for we have players that are good at crosses. Matri conversion ratio might be… Read more »

Some of us are really really sentimental, for now Mexes still remain our best and most experience CD. Many of you guys are still bitter about Matri, let it go, leave him alone let him enjoy this era. He’ll surely score. Either you like it or not HE IS A MILAN PLAYER. And I will support him for that. Truth be told, EL Sharrawy needs to upgrade and improve his play whenever he’s call upon to play. No dought he’s a wonderful player. But needs to make good use of every chance. I do blame Allegri for putting him on… Read more »

Let’s not forget, just 2 seasons ago, we had Ibrahimovic on at least €10m a year. We’ve done well to reduce the wage bill.

Why do you Guyz like crucify Players ,Well can i ask you something ,Is Gonzalo Higuain a good striker? if yes and why did madrid sell him?
Matri is the one who is leading Goals at Juventus about 2 seasons now,We just have to wish him the best of Luck at Milan that all not crucify him,Is already here so we have to be supportive yeah

And why do you crusify traore or why was pato shown the exit door if player performabce doesn’t earn him praise or critics? Juve leading scorer at the average of how many goals per game. If Galiani thinks a Luca toni that scored over 30 league goals for fiorentina in 2005/2006 season isn’t a Milan material, What is the justification that matri is?

if u add taxes then mexes earns 7M, matri about 4.5M

It’s quite a reasonable list. In fact, it’s the most reasonable i’ve ever seen. There are mistakes (Bonera+Silvestre+Zaccardo earn 3,2 million together without taxes, and we pay Pazzini+Matri together), but it’s great overall. Hope next year’s will be even better.

Lovely to see a milan side with an average age of just 26.5

matri pazzini and robinho combine around 7-8m euros/year for not much playing time, at least one of them needs to go in january…i do like pazzini a lot and matri still has a lot to prove i think robinho should leave

only only 6 good players at milan rest are worthless….. ses balo kaka montolivo poli and dejong… others are drunks, lol we pay them millions to let other teams score on us… nice

i love you a.c.milan and shoud winner in seria
a