KEISUKE HONDA told CSKA Moscow again yesterday that he wants to leave but there are no further developments.

Honda wants Milan, Milan want Honda and CSKA Moscow want €5 million. The demand of the Russian club remains the same but Milan are still refusing to meet their request and yesterday there were no new developments in the Honda case.

It’s clear that the intention of both Milan and the Japanese is to join forces already in the summer and not in January but the deal is complicated with CSKA reluctant to drop even one euro off the price and the talks remains pretty much stuck.

Milan: “Constant should not have left the pitch”
Milan international players return to Milanello

“There isn’t any news from Moscow about Honda,” Galliani said last night outside of the restaurant Giannino. According to Sky Italia and La Gazzetta dello Sport, Honda spoke with CSKA Moscow’s coach yesterday and also had dinner with the President of the club in which he told them he’s unmotivated and that Milan is the club of his dreams and he wants to go.

Sky reports that Hiro Honda and Fabrizio De Vecchi are still in Russia and will most likely meet with Roman Babaev today. CSKA are currently short of attackers as they’ve sold Vagner Love and have Milanov injured and Seydou Doumbia returning from injury. If they sell Honda the only 100% fit player they’d have would be Ahmed Musa. At the moment there isn’t a lot of optimism that Honda will join Milan in the summer, in that case, the player will arrive to Milan in the January transfer market.

Meanwhile, Gazzetta reports that yesterday fans at Milanello shouted at Galliani: “Give us a gift” and he replied: “A gift will arrive.” But last night after a dinner with the president of Doyen Sports, he said: “A gift for the fans? What gift?” 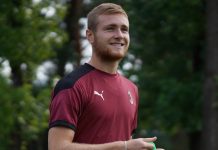 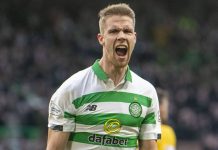 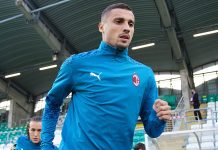 Report: Freiburg drop their interest in Krunić, the Bosnian midfielder could end up staying at Milan

No honda dis season and no gift 4 us

I want piazon and doria .or matip and draxler. Martin indi and wjandum

For sampdoria not for milan

He will arrive i still believe, CSKA are just playing a hard game because of 1million difference in negotiation. Honda will arrive this summer

don’t waste too much time for honda, whether give 5 m and get him or turn attention to eriksen, we anyhow get honda at january so don’t depend on him too much, we have many things to do at this market, first step should be getting rid of some players, vila, antonini, zaccardo, emanuelsom, traore and strasser (i would love to put bonera as well but he jus extended his con-t) then get just 2 players: sakho or astori for cb as we need quality cb, and eriksen or honda for midfield to add some creativity to the team. iMO… Read more »

Forget Honda and Cesar and eriksen

What gift?
Galliani, is an actor!!!

Milan sould be use Saponara and KPB in 1’st half season and wait Honda in the next time. I want to see the world class center back in comming soon.

We need HONDA now rather than later if CSKA are not going to release him now let just look for an alternative and forget about his service because by january he would be cup tie in the CL! FORZA MILAN

We had better forget Honda for now and go for Ericksen. Considering the situation CSKA are in right now with no replacement for Honda, i doubt if they will release him. One thing i doubt is Milan doesn’t seems to have funds to procure any major player this season and Galiani doesn’t know how to solve the problem.
The warning is that if we fail to get Honda now then we should not expect any major signing this summer because Milan is broke.

Gifl ? Mister X ? Does he mean someone like Aquillani again ? No thanks.

Have faith….August is a long month!

CSKA are short of attacks? Swap them robinho for honda…?

Honda will arrive – along with a gift. Galliani is always full of surprises, for better or worse, but I think from now on it’s mostly for better.

Who is John Ola from Benfica?
Have y’all ever heard of him?
Galliani, please wake up and give me what i want!!!

The real surprise should be verratti. The guy wants to return to Italy and Napoli are doing everything to get him. All Italian clubs are working hard in this market except Milan . Shame on you berlusconi and Galliani!

Yeah, I agree, Verratti would be the “gift” that Galliani is talking about.

What Gift, Honda? Veratti, Ericksen, Oscar, Lamela now any of those players would be true gift.

verrati , lamela , eriksen
could be the gift but honda will sign now or in january(in january and now mony for the gift i hope)
and oscar is already in a big club and he will cost 30m-40m
lamela is attaker and we got alot of them(balo,ses,petanga,niang) but maybe he can play on the wing
so i hope he means to verrati\eriksen\kondogbia\lamela
sorry for the english forza milan !!!!!!!!!!!!!!!!!!!!!!!

How about we give CSKA 4 million upfront and 1 million in an installment plan over 2 years? Plus Traore. I’m sure Galliani will pull something out of the hat by the end of August.

HONDA IN MILAN LATEST BY TUESDAY….NOW GO FOR OPPERATION ERIKSEN BUT SELL BAOTENG TO GALATASRY,THEN SWAP NOCERINO WITH RONACCHIA IN AUGUST BEFORE CL GAMES….NOW WE ARE SET TO GO.

It’s getting hard to cheer for Milan.
Every year the club makes a crap market and the board says that the team will be champion.

Patience has a limit and mine is running out.

While Galliani is playing hide and seek with Honda.
Napoli buying Higuain, Reina and make a mega offer for Verratti.

Direct opponents is increasing considerably and Milan remains stalled.
sorry but I can not be a hypocrite and say forza Milan and then smile.

Milan has no monies. Napoli just sold Cavani for 65K They got lots of Monies

Much to learn you still have…my “cheering” padawan.

the difference that we have aprogress. they have higauin
balo better than hem (and alot younger)
they buy them when they on their top level, and we search for super talnet- el shaarawy, saponara,vergara amu,gabriel
they buy in millions, and we make them in our acedemy-
petanga,cristante and DE SCIGLIO
so wait and see , we are climbing back to the top

What a shame that galliani still av d guts 2 ask what gift? As if he knew nothing he is being asked about. I think milan is planning 4 a better future with or without galliani n all i want us 2 do is 2 hold our breath n wait untill we see what happens. Remember that Italy as a country is not economically strong at d moment n we milan is planning 2 meet UEFA ffp terms n conditions n only when it comes into action den u guys will begin 2 understand. Teams like Chelsea, Real Madrid, Man… Read more »

Take Tottenham for example, they’ve spent plenty on Paulinho, Chadli and most likely Soldado which would take their spending to around the 50m mark. Last year Milan earned 80m than Tottenham in revenue not counting selling the likes of Pato, Ibra and TS. Looking at the two squads I find it hard to believe Milan are spending 80m more than Tottenham in wages, where is the money going? Why did it take 2 months to pay a couple million to pay for half of Poli and there are no signs of spending anything else.

© Copyright 2009-2019 RossoneriBlog, All Rights Reserved
wpDiscuz
33
0
Would love your thoughts, please comment.x
()
x
| Reply
We use cookies to ensure that we give you the best experience on our website. If you continue to use this site we will assume that you are happy with it.Ok