Juventus won the TIM Trophy for the first time of Friday. AC Milan finished also this tournament at the bottom of the list, after lose twice to Inter (1-0) and to Juventus (2-0). There is still some time before pre-season but they better work hard!

Reactions
this considered to the eighth lose in a row of AC Milan this pre-season. The matches of the TIM Trophy lasted only 45 minutes each, but there is still a lot to improve. Leonardo is running out the excuses, reiterated that this is not the time or the place to predict Milan future.

“It is still too early to judge our potential,” Leonardo was quoted as saying by Italy’s Channel 5.  “It has definitely been a difficult pre-season for us, and we have struggled in some matches.

“But again, you must wait to evaluate our potential. I’m happy with the group of players I’ve got, but there are some areas that we could do with some reinforcements in.”

Speaking to another Channel, Leo said: “It has been a difficult period of training. There were some problems in the game with Juve and we struggled to finish off chances, but we have to wait a little longer before we can truly evaluate our potential.”

Since selling Kaka, Leonardo and Milan only bought Huntelaar, Oguchi Onyewu and Flavio Roma but according to Leonardo – not much will change. “This is my squad’s basic structure. There are little things to sort out, yes, but even if there are some new arrivals then this will remain the team,” he said.

Super Brazilian Amauri is definitely the man of the tournament, I’ve never seen Eto’o play for Inter, but perhaps Amauri is the best striker in Serie A. Amauri scored the late equalizer against Inter – put the ball into the net in the penalty shoot-out and against the Rossoneri, he scored the first goal.

“All went well,” declared the former Palermo player to Mediaset. “We played a nice game. Inter put us a bit in difficulty, but we won. We are assimilating the new tactical setup. It’s normal that there are some difficulties during this period.”

The winning coach, Ciro Ferrera who has done well job at Juventus thus far, said after the match: “We knew how to sustain pressure against Inter and are aware we need to improve further. At the moment we are still dealing with the hard work in training, but the future looks bright. It bodes well.”

Juventus looked good, the best team between the three as for now, despite barely win Inter. “I am satisfied with the performance of my team,” continued Ferrara. “We took on and defeated two clubs who will be in the Scudetto race.

“The result can be a little deceiving, though, as I again saw a very, very strong Inter side. We had a good month of training and the lads behaved very well,” he added.

“The result can be a little deceiving, though, as I again saw a very, very strong Inter side. We had a good month of training and the lads behaved very well.” 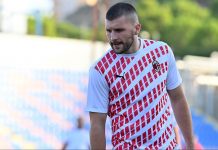 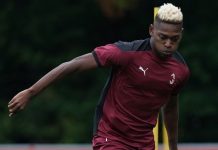 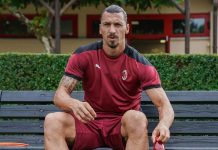 Thank you for the pictures. Milan could do better than that!