Rossoneri Blog – AC Milan News
Home News Interviews Tomori: “I don’t think about the future and it’s not just me...

Fikayo Tomori spoke to La Gazzetta dello Sport about what he does in his free time, what he thinks about Milano and what he expects for the future.

Tomori joined Milan in the January transfer market from Chelsea on loan with option to buy for €28 million.

The English center back has impressed a lot and has won a place in the starting XI of the Rossoneri. The fans would like to see the club splash the cash and keep the 23-year-old and Fik (or Tomo) – as they call him at Milanello to make him sound more Italian – enjoys life in Italy.

Tomori, you are a guy who studies, you’re about to graduate in Business Management…
“Yes, it’s something that I like. I thought I would make the best use of the lockdown to speed up my course of study.”

Do you also study the opponents?
“The coach takes care of it. He gives us some lines, I try to prepare myself.”

What language do you use to talk to your teammates and the coach?
“There are many who speak English, it’s a fortune. With Pioli at the beginning it was not easy, but we understood each other. We speak in English and in Italian. The language on the pitch is Italian, of course. I try to express myself like this. Then we exchange experiences.”

Like when you speak Italian with Romagnoli and he answers in English?
“More or less…”

What impression did you have of Milano? With the lockdown and various restrictions, you may have not seen much…
“I like it and I like Italy. The weather compared to England is better, the people are serene and calm. There’s the serenity of relaxing, drinking a cup of caffè: in London everyone is always in a rush.”

Well, more or less also in Milano…
“But the people are kind and friendly. They know how to enjoy life.”

There’s a lot of talk about racism. It exists, everywhere. What impression did Milano give you?
“I don’t think that in Italy it’s a topic to focus on. I’ve never had any problems.”

What do you do in your free time? They say you’re someone of little PlayStation and a lots of books…
“Well, I mean, I don’t really like video games. I talk with my parents, they are always my point of support. I don’t like watching a lot of TV, but Netflix helps me in my free time. And I must say that there is not much free time between training and matches to play. I study, go on social media, use FaceTime and talk to distant friends. This is my free time.”

Nostalgia for London?
“My parents are in England so logically I miss them like I miss my friends. But I think it’s a normal thing, and I’m very well in Milano.”

Do you know that it’s not so common to immediately enter the hearts of the Rossoneri fans?
“I was a bit surprised, but not so much considering the character of the people here. It was easy to settle in, everyone has been so friendly.”

Have you ever dreamed of playing at San Siro with a crowd?
“Of course I have. When I was a kid, I watched the Champions league on TV, my father loved football and never missed it in my house. I think it’s a great experience, although also the stadium when empty makes an impression. Of course I would have liked fans at the derby.”

Everyone says that the Premier League is the best league in the world. Is there a gap with Italy that can be bridged?
“It’s not such a big gap. The English league is beautiful, you also play very instinctively; here it’s a bit different. But there is quality. I’m obviously thinking of Milan, but also of teams like Roma, Juve, Inter, Atalanta and Lazio. There isn’t a long way to go to get back to the top.”

And what road do you see for Milan? Is the Scudetto a dream?
“The distance from Inter is big, but I don’t see why we shouldn’t believe in it until the end. Getting back into the Champions League is an excellent objectives, but as players we have to keep thinking about the big target. And we know that we can do something special.”

You are being pushed by Ibra, someone who says you are all his children…
“Maybe he doesn’t talk to us like children, but he motivates us and talks to us a lot. He’s an example for everyone, for the dedication and the competitive drive.”

Maldini, on the other hand, how is he?
“Having him as a head of the Technical Area is like a striker having to deal with Messi a as Sporting Director. What you want to do is impress him every day.”

Scudetto, Champions League… but on an individual level, what ambitions do you have?
“To be among the best in the world in my role, as soon as possible. I work every day for that.”

Who are your role models?
“I joined the Chelsea Academy when I was a kid, so it’s inevitable to say John Terry. And then Sergio Ramos, Virgil van Dijk and Fabio Cannavaro.

Since you’re about to graduate, can you say Serie A is kind of a University for defenders?
“Absolutely and I really feel like that. I’m growing, learning as much as I can.”

Did you know that some fans have launched a crowdfunding to keep you in Milano?
“I didn’t know that, but it makes me happy. My mom reads a lot of things on social media and is very proud. This is all part of a journey, but I remain realistic.”

Would you advise a young Englishman to come to Italy?
“100%. The British are happy in England, it’s a very nice country to play football, but Italy is a unique opportunity. Especially at Milan, a great club where you immediately feel at home. So I would say to them: ‘guys, it is worth taking the opportunity’.”

There is an old song, Should I Stay of Should I Go. What do you do?
“Ah, it’s not just me who decides. I have fun, I enjoy the moment, I’m happy to be here. I honestly don’t think about the future.”

Tomori, how did you become a defender? Wouldn’t you have liked to be a forward as a kid?
“I think it’s a bit late to change your mind by now. And anyway I like everything I do. Stopping your opponents and defending you own goal is not less beautiful than scoring a goal.” 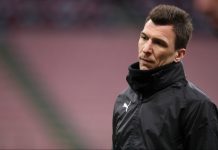 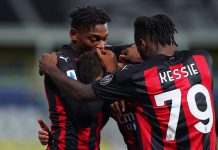 Think its pretty much safe to say that he will stay with us if he stays fit the question is the formular as i doubt chelsea will allow much or any room for installments or discounts so in the end we will propqably have to pay the entire fee in june. Generally speaking ive always been a bit anxious about us aquirring english players as they have often proved to not live up to expectations in serie a but tomorri certainly has impressed and i agree he should be kept even if it means we will have to pay 28… Read more »

This man built different. I’m not sayin I’m scared of British defenders but this man tomori… he scares me.

Fikayo is a Nigerian who grew up in England and wasn’t even born there.

atleast one of his parrents are from nigeria but he is born in canada and grew up in england but according to transfermarkt he has only dual passports for canada and england.

Both parents are of Yoruba tribe in Nigeria. He speaks Yoruba and eat our native food. Finally, he got called to play for Nigeria before opting to play for England. Maybe Lampard influenced his decision

Well to be fair as he has actually lived in england for the majority of his life and apparently never lived in nigeria it does make the most sense for him to play for the english national team both from a personal perspective and in the sense of playing for a more competitive national team.

IMO I only care about Germans, South American players often say you need to born in Germany to have the stamina and speed of a german.

Tomori is fast, has good defensive awareness and he is faster than most Serie A attackers. Perfect for CL football. Tonalli: Seen as the future of Italy’s midfield, I can’t keep comparing him to Loca, I doubt he will have too many appearances in the Euros. Nevertheless, he will stay no matter what as he is showing massive improvements. Caldara: The highest-paid player of Atalanta and he doesn’t play, missed 17 games due to injury, and hasn’t been played 90 minutes in the last three months. His 18-month loan with option to buy will end up in June. He gets… Read more »

We are not winning the CL that’s for sure, but if we have a full squad and with good form, we can get past the round of 16 without breaking the bank.

A few guys saying he’s Nigerian. He was born he Canada and his parents are Nigerian. Either way, he plays for England