Rossoneri Blog – AC Milan News
Home News Interviews Kessié: “It was a very important game, whoever goes onto the pitch...

Franck Kessié scored a penalty and missed one as Milan beat Fiorentina 2-0 to stay top of the table.

Milan kept their 1st place in Serie A today as they beat Fiorentina at Stadio San Siro thanks to goals from the Rossoneri captain Alessio Romagnoli and Kessié.

The Ivorian should have scored a brace but saw his second penalty get saved by Bartłomiej Drągowski.

“If the match could have been closed earlier? We had a great start, Fiorentina must be attacked and we scored two goals immediately. Those who play do well? We have no starters, we have a deep team and whoever goes onto the pitch prove he deserves to play.

“Playing with Tonali? It’s not a problem with who I play, I like to play with Bennacer, Tonali or Krunić, I gave the 150% and that’s what I do in every game.

“The penalties? That’s how it is with penalties, you score and you make mistakes. I scored the first, I missed the second but I’ll still shoot the next one.”

Gazidis: “We witnessed a special season, the CL was a deserved win, this group is special, I am lost for words for our fans,... 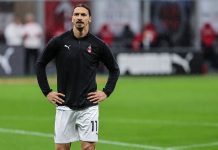 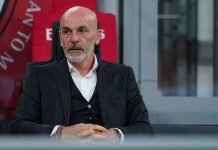 Dude is more than tank.
He’s like a tank with quality.

Ibra underwent an arthroscopic lavage to his left knee on Friday, recovery times are estimated to be 8 weeks

Gazidis: “We witnessed a special season, the CL was a deserved win, this group is special, I am lost...

Official: Tomori joins Milan from Chelsea on a four-year deal