Baresi is without a doubt one of the biggest legends in the history of Milan – with his #6 jersey being retired. The former center back held the role of a Club Ambassador over the past few years, but today he received a new role.

“Milan is delighted to announce that Rossoneri legend Franco Baresi has been named Honorary Vice-President of the Club,” a statement on the club’s website reads.

“Franco will continue to bring to the table his immense football knowledge, passion and vision for the future of the Club whilst conveying Milan’s distinctive values, boosting its reputation and strengthening the emotional connection with the Rossoneri fans and football supporters across the globe.

“Milan chairman Paolo Scaroni said: ‘I am happy to give Franco Baresi a more prominent role at the Club. I am pleased to announce it on this date, 28th October, which marks the anniversary of his last Rossoneri appearance in 1997. This appointment shows once again Milan’s connection with its glorious past, but it is also a strong signal that the Club is committed to building a great future by embracing its legendary tradition, which Franco perfectly represents.’

“Upon being named Honorary Vice-President, Franco Baresi commented: ‘I wish to thank the Club, our Chairman Paolo Scaroni and our Chief Executive Officer Ivan Gazidis for this new role. I’m truly honoured and proud to be named Honorary Vice-President of the Club where I spent my entire career as a player and where I then started my managerial career. I am happy that Milan has chosen me to contribute to the future of this glorious Club, the great Milan.'” 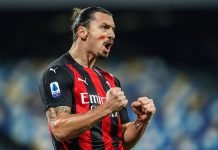 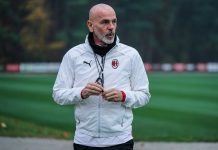 The Boban situation is disgusting. the guy criticized Milan management for years and now he is suing us to get money. the difference between a professional like maldini and boban is this. Maldini resolved their problems within the family but Boban took it to Media.

lol okay. i’ll keep this as civilized as possible. was boban right that milan had shit mgmt (li brothers as owner with fassobelli as upper mgmt and morontella as coach, latter days of berlu/galli, leonardo and his garbage mercato)? yes or no. was boban right to criticize those shit mgmt? yes or no. are milan in much better shape now tx to boban/maldini (rebic, ibra, ben, theo, kjaer, pioli joined milan because of them)? yes or no. boban literally kicked police during a football riot in a stadium. he’s bravery personified. why should he be afraid to lose his job… Read more »

No other club in the history of the game has had a defence like Milan’s. Welcome, Franco!

so milan finally give baresi position which barca gave late great cruyff long time ago. about damn time. baresi’s milan’s player of the century after all. the goat defender