Milan appear to be genuinely trying for Sandro Tonali and have stepped up their offer yesterday, the deal remains hard.

The Rossoneri are working in the mercato and are now focusing on getting Stefano Pioli reinforcements for the midfield and attack: with the profiles of Tiémoué Bakayoko and Brahim Díaz finding appreciation at the Milan management.

Over the last days, the name of Sandro Tonali got back in fashion for the Diavolo, and according to Gianluca Di Marzio of Sky Italia, Milan have taken a step forward to try and bring the 20-year-old.

The first offer to take Tonali was rejected but Di Marzio stated last night that Milan have made an improved offer for the player. As reported by La Gazzetta dello Sport’s Alessandra Gozzini, the new offer of Milan involves more money than the offer made by Inter in the past.

In fact, La Gazzetta reports that while the Nerazzurri’s offer is a loan with obligation to buy for €35 million, Maldini is offering Brescia President Massimo Cellino a paid loan for €10m + a buy-out option for €25 million + €3m bonuses. On top of that, Milan are willing to guarantee Cellino 15% of a future resale of Tonali, who is regarded as one of the best young talents in Italy.

Tonali is the kind of profile that Elliott want at Milan – young and quality – and from the Rossoneri management, Gozzini writes, it filters that the negotiations would be very difficult, but not impossible. Getting the midfielder would be a significant investment from the American ownership.

The 2019-20 season was Tonali’s first in Serie A. He played 35 games, scoring one goal and making 7 assists. Milan continue to work on several fronts in the mercato. 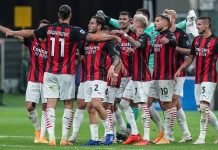 Dont want to spend money? Isnt this report proof that they are willing to spend money?
It would be, for more than one reason, a really good piece of business if they manage to “steal” Tonali from Inter.
It would surprise me if Tonali prefers Inter to Milan, but who knows with these youngsters today…

As rich as we are, we still can’t go crazy spending absurd amounts of money due to FFP regulations, without the security of Champions League.

Hope it will be a done deal! At least we can steal him from inter and take the revenge for Sensi/Barrela

Sensi and Barella is not a big deal. I wouldn’t take any of them over Bennacer. Tonali is a Milan fan and he’s physically strong like Bakayoko and Kessie. Pobega is no light weight either.

Getting Tonali is a great move by Milan.

agree completely. Id take Bennacer over both any day

Exactly. Sensi and Barella are not special. If they were inter wouldn’t have to sign Kessié. They are now even trying to sign Kante according to the latest rumors .

Interesting ! In my oppinion, if they invest and bring Tonali, this is meaning that they are prepared to sell Bennacer next year, when it activates his clause of 50 mil ! In this moment, Tonali would be the forth choice if Milan brings also Bakayoko. It’s very hard to keep 4 very good midfielders without Champions and scudetto race !

It would be fine. Let’s be practical here. Tonali is great for Brescia, showed class in big games, but we don’t know for sure how great he is going to be – there are many talents who flopped. Bakayoko was good for us for 8 months and even Monaco didn’t buy him and only we are in the race for him honestly. Kessie is a beast now but again remember him before covid19? And there’s no guarantee that kessie will play the same way again in the be season – we’ll have to see the consistency soon. So in my… Read more »

Actually that could be up to about 60 games depending on advancement in the EL and Coppa Italia. With Bakayok, Tonali and Diaz, Milan will make the biggest statement. It’s Scudetto race. CL is a bonus. Ibrahimovic will be playing in the strongest Milan since Ancelloti’s. Pioli suprised me. He will become a legend. This man is so intelligent and hungry, he is out for a revolution. With Baka, Tonali, and Diaz nobody can match us next year. Milan 1, Inter 2, Juve 3, Atalanta 4

You have started abi? Please, don’t jinx their season.

I want what you are smoking.

I’d like tp add to MilanEstonias comment that we will most likely try to renew benaceers contract when the season transfers are finalized and the season has begun. His contract is currently 1.5 mil anually so there should be some leeway for an improvement and thereby also at minimum insert a somewhat higher release clause if any at all. From benaceers previous comments it seems like he would like to stay with us so think we will be able to get a deal done fairly unproblematic that is offcourse unless he hires raiola as his agent. Signing Tonali regardless of… Read more »

I disagree with that. Milan back in 92-93 season had Rijkaard, Boban, Albertini, Savicevic, Donadoni, Evani and Stefano Eranio.

The best Milan teams had a great midfield and defense.

With Bennacer, Kessie, Bakayoko, Tonali and Pobega our midfield will be impenetrable. We are going concede less goals especially if we sign a good CB to play alongside Romagnoli and RB like Denzel Dumfries.

I wonder with 4 quality midfielders(they could all be starters) if we will start to move to a more rotational system(Ala Man City). Making sure everyone gets more game time and rest and that Bennacer stops being suspended.

Only 8 good job in 35 matches??? He is really over priced… We shouldn’t forget the Brazilian superstar Paqueta story… Plz don’t waste our scanty budget on a player who hasn’t prove Himself yet, Tonali is not better than Pobega n Breciannini… Inter is already suffering with Sensi n Berella….. So think carefully before buy somebody like Paqueta n Piatek

Really !! he has done great in a rather horrible team that was pretty much predestined to be relegated. He is an italy international at a very young age. Clubs across europe has shown great interest in buying him, including juventus,inter, napoli, man utd and so on. He is regarded as one of the big talents of his generation so dont really share the worries of yours. You can argue the fee touted about is high but on the other hand loaning him at ten mil and buying him for 25 next year + 3 mil in add ons plus… Read more »

No, I followed him especially last season, because of his boyhood preference for Gattuso and Milan and I can say he was mediocre last season, he didn’t play so good, he was better in previous season of serie b, but he can grow up and develop into something good at Milan

Think that is rather debateable, it was his first season in serie a and playing in a really bad team, did you expect him banging in 5-10 goals and adding 5-10 assists over the entire season ? With better players around him he will exceed. If there is any chance of us signing him now we really should grab it now because the chance propably wont arrive otherwise in the next decade or so and if it does it will be way more costly. Milan seems to be somewhat limited in how they can act on the transfermarket so getting… Read more »

This is an offer you can’t refuse unless you are as greedy as Celino can be. Take it or leave it. We have just passed Inter’s bide. However I feel like Milan really want Tonali and would do anything to get him eventhough the bide is rejected. But I don’t think Celino can be THAT GREADY. Who knows. Italians do it better!

Bakayoko, Diaz, Tonali and Ibra renewal. Man the management suddenly woke up. If all these deals formalise, Milan will send a strong signal to scudetto contenders. Renewals for Donna, Roma and Calha with another LB and CB to complete the puzzle.

If we can spend 20mil on Bertolacci many years ago, We can certainly invest on Tonali for 35mil in todays crazy market state. 😛

i read that tonali has already had agreement with inter way back and that milan hasnt even contacted tonali’s agent yet, its just that brescia pres cellino is so butthurt that inter’s stalling that he prefers to sell tonali to milan as some kind of revenge. thank god for koeman who’s willing to let vidal, conte’s lovechild, go otherwise milan wouldnt have this golden chance to get tonali. then again, i think cellino’s just using milan as bargaining chip in his poker game vs inter, something that milan should’ve done during ibra contract negotiations. tonali would be great addition to… Read more »

442 Diamond: Rebic/Leao – Ibra/Colombo Hakan/Baka Bennacer/Baka Kessie/Krunic Tonalli/Baka Theo/Laxalt Romag/Gab Kjaer/Musa Cala/Saeles ———————————————————————————————————– 4231/4321 Ibra/Colombo Rebic/Leao Hakan/Baka Saeles/Castillejo Bennacer/Tonalli Kessie/Baka Baka roaming free in the center middle Why not? IMO, Baka (4321) can do it all in the midfield, with his strong physique he can be a different kind of trequartista, he could be that guy who keeps possession and secure the win, he can also give Kessie or Bennacer that key pass for a long shot. I would like to see him on a free role, roaming in the middle adjusting himself to the needs of the game.… Read more »