Frederic Massara has commented briefly on the situation of Franck Kessié, who was left out of the game against Juve.

The Rossoneri lost to Juventus last night at the Allianz Stadium, after Paulo Dybala came off the bench to score the only goal of the match in the 77′ minute.

Stefano Pioli played the match with Franck Kessié, who was kept at home. The Ivory Coast midfielder, who has been a regular since joining from Atalanta in the summer of 2017, was left out of the match squad. Director of Sport Frederic Massara spoke to Sky Italia today about it:

“It is simply a technical decision,” the former Roma director said. “The coach saw that Kessié was going through a moment of mist. This week he wasn’t able to train at his full capacity and he also had some pains. Pioli decided to not go with him for this match, but we are convinced that Franck will be able to get back to being the player we all know very soon.”

It’s now a break and Kessié is with the national team. It remains to be seen how his condition will be afterwards as with Bennacer and Çalhanoğlu suspended for the Napoli game, he’d be needed. 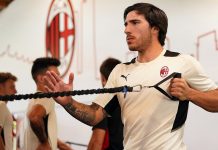 Tonali: “I’ve grown a year and this year will be a different story, reducing my salary? The desire to stay at Milan came first,... 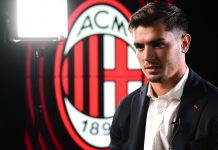 Brahim Díaz: “I’m very happy to be here again at this great Club, I feel I can live up to the expectations, our success...

He should pls remain out of the squad, he cant even complete 10 passes in a match…of what importance is he to the team?. Krunic is far much better than him . Period!!!

if he’s leaving, milan should consider signing marco benassi from fiorentina as a replacement.

another interesting young player from az alkmaar beside myron boadu (who is being scouted by milan) is calvin stengs.
if you watch boadu’s goals highlight this season, you would notice this left footed number 7 with a mini afro playing on the right wing providing most of the crosses and passes.
his style is almost similar to arjen robben. this season, he has already scored 9 goals and assisted 10 times for az, and has also scored 3 goals in 5 games for the netherland u21.