Gianluigi Donnarumma has defended coach Marco Giampaolo and said ‘I have broad shoulders’ when asked about the criticism he faced following his performance against Torino.

Milan lost every time they conceded this season, and last night it happened for the 3rd time in 5 games as Andrea Belotti’s brace overturned Piątek’s penalty.

Gigio Donnarumma was partly to blame for Belotti’s first goal, but overall the goalkeeper has been one of the better performers in this Milan campaign.

“It’s a defeat that burns after a game like that,” Donnarumma told Sky Italia on Friday. “It’s a gloomy day, I struggled to sleep. Yesterday I saw the team give everything. I’m sorry for everyone, also for the fans. We have to follow the coach because we are working well, we have great ideas for the game. We have to follow him.

“The second half blackout? After the first goal we feel apart, we have to improve on this. If we had remained compact we would’ve been able to bring it home. What to improve? We must continue to work and not give up an inch, we saw a great Milan until the goal of Torino. We should have killed it off before but we have to follow the coach but this is the right way.

“Giampaolo? The Mister is a great coach, I’m sorry because yesterday we had a great game and we didn’t deserve to lose. We are all with him, it’s normal to have a bit of struggle at the beginning with new ideas and new players. We must continue to follow him, we’re all with him. A turning point? We took a positive turn yesterday, we kept the ball of play from the start, and it burns to lose a game like this. There will be the game that marks a turning point and changes our season.

“Criticism? It’s right that they expect a lot from me, it’s right that there is criticism when there should be. I have broad shoulders to continue to work as I have always done, it’s not a game that changes my season. The support of the fans? After difficult seasons, I have to thank the fans who have always been close to me and continue to do so, this really helps me a lot in my performance as well. I tell the fans to stay close during these times, I know it’s hard but I ask them to support us because we are doing a great job.

“Confidence? You have to believe because we’re a great group. We work well and we have a great coach. It’s normal to have a bit of struggle at the beginning, we have great ideas and we’ll follow the coach until the end. The turning point will arrive. Milan-Fiorentina? I expect a game of character, we have to be aggressive right from the start and play the game. I expect a great game, a great support from our fans and I’m sure that we can play a great game.

“A Champions League spot? I believe, it’s our objective and we have to do everything we can to get there, Milan deserve to be there. We’re a great group, we’re a young team with a lot of hunger to get there, we all have to believe it and all together.” 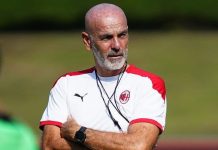 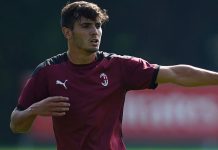 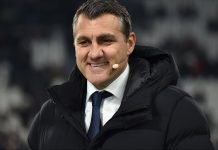