Cristian Zapata admits there’s tiredness in the squad and is happy with the win over Bologna on Sunday afternoon.

Milan finally returned to winning ways today as they beat Bologna 2-1 at Stadio Renato Dall’Ara and they now have four match matches until the end of the season, including the Coppa Italia final against Juventus on May 9th.

“I think we won a very difficult match,” Zapata, who has been slotted in the place of the injured Alessio Romagnoli, told reporters in the mixed-zone. “We did well in the first half, we could have scored 4-5 goals, but we were made to stay focused. It’s a very important win, given that we hadn’t won for some time.

“We need to improve the offensive phase, we had our chances. We need to work harder in order to finish off these games earlier. I think we have had a difficult run, we are tired. Now, we need to go for it in the last three matches to finish the season well. We have to go to Atalanta’s house to play for it.”

Speaking to Sky, the Colombian said: “It was a very important victory, we could’ve closed off the match and score 4-5 goals, but it didn’t happen. But we are happy with the three points. Our season? We must remember that we started before everyone. There are now four games left to the end with the Coppa Italia final and we have to give everything. My moment? I’m very happy with the work I’ve done, since I’ve been called up, I’ve been giving answers and I’m very happy for this.” 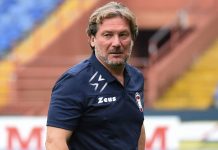 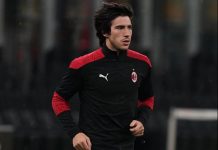 A monster today. We’ll see how he does next, we’ve all grown accustomed to this 2-3 games which gives you hope of a consistent Zap but then comes the lapse in concentration… would be nice if he keeps it up though, as when he is on top of his day, he is seriously a one man wall.

The Zapata we once saw in Udinese is on his way back..

He has always been very solid defensively. It’s his lapses of concentration when he has the ball at his feet and is being pressed where he makes a deadly mistake.

He is a good backup to fill in as he is now, and that’s all. Hope he keeps it up.

If Zapata doesnt win Balon d’Or for his performances against Bologna this weekend then they should erase the ceremony all together.

He was not even included in Seria A best 11 of the week ..

As surprised that NO FANS here talk about dropping Zapata for musachio!!! Hmmmmm thank God dat most fans here are not d coach,May AC MILAN would have been in serieC by dere stupid and blind thinking/selections

© Copyright 2009-2019 RossoneriBlog, All Rights Reserved
wpDiscuz
7
0
Would love your thoughts, please comment.x
()
x
| Reply
We use cookies to ensure that we give you the best experience on our website. If you continue to use this site we will assume that you are happy with it.Ok