Sinisa Mihajlovic says no one understood why he was sacked from Milan but holds no hard feelings as he prepares to meet Gianluigi Donnarumma and others next Sunday for the season opener.

Mihajlovic took over last summer but was sacked right before the end of the season and was replaced by Cristian Brocchi. The former midfielder was replaced as well and on Sunday Vincenzo Montella will have his Serie A debut as Milan’s coach.

The man Montella faces on the season opener is Mihajlovic who is now the coach of Torino. Miha, 47-years-old, gave an interview to Monday’s edition of the sports newspaper La Gazzetta dello Sport speaking about his time at Milan among other things.

“We start the season at San Siro against Milan? I’ll have double the motivation to look good and pick up our first points in the championship,” he said. “If I’m still angry about the sacking of last season? I was never angry, only disappointed and embittered. But I bear no hard feelings.

“My conscience is clean and time is always a gentleman. I left Milan in Europe & in the Coppa final, and you all know how the season ended. We had ups and downs, but the group was united and they gave everything. I had an excellent relationship with Galliani. Nobody understood my sacking, not the fans, nor the team. I never received so many astonished phone-calls and expressions of solidarity.

“Berlusconi has sold Milan to the Chinese [the deal will be completed by the end of 2016 for €740 million]? I can imagine how hard that must have been for him. He wasn’t just the most winning president in the world for 30 years, but also the number one fan of Milan. The problems emerge when these two roles are not enough for you and want to do more… even be the coach.

“If he wanted to the decide the formation? Let’s say that he didn’t hide his ideas. But Milan’s formation was always my own doing. I was sorry to hear some of his statements after my sacking, they were so exaggerated that they were hardly believable. I knew the last Berlusconi, and I wish I’d known the first. But I thank him for the opportunity, and I wish him the best for his future.

“I’ll face many of my former players like Donnarumma [to whom he gave his debut last season]? I’ll say a fond hello to all of them. Gigio will give Gigi [Buffon] a turnover in the national team. If he remains humble, then the next 20 years will be marked by his extraordinary talent.

“Juventus are likely to steal the show in Turin? Juve have an exceptionally strong team. If they keep up their sporting anger, they’ll win the sixth Scudetto. But being the super-favourites isn’t helpful, and they can lose energies as they fight to the end in the Champions League. They’ll be submerged in criticism as soon as they draw a game, never mind when they lose both their derbies against us…

“The two Milan clubs are now in the hands of Chinese? It’s strange but it’s modern football. I’m happy to have an Italian President who is ambitious and really loves Torino. For now, there is great harmony on everything: the mercato, objectives, the future. Then, as always – it takes results.” 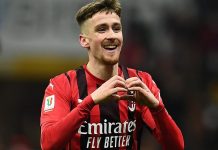 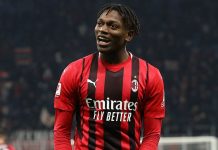 Bad Berlusconi. I gratitude he is gone

That would be awesome – getting rid of Poli and signing good midfielder!!

We would have been in Europa if Sinisa wasn’t fired

‘I left Milan in Europe & in the Coppa final’.. Montella must get better result or else..

It’s hard to critisize Miha. His tenure created something I’d never known before: A grey area in relation to one’s feelings toward someone else. I loved the way he whipped the squad in line and building team spirit at the same time. The dinners he took the whole Milanello personnel out to, the tough, never say die personality and judgement of young talent (wherever Gigio gets to in his football career, he will always be grateful to Miha). Flip the coin and analyse the style of football he had the team play: predictable, barren, unpleasant. You always had a feeling… Read more »

@EzrGy: You gave the best analysis of the situation – and to be honest, there was no guarantee that Miha would have guided Milan to Europa – even though I agree the time for his sacking was not good. It did affect the team and they were never going to help Brocci who unfortunately was a rookie coach. No coach should be given that kind of challenge – except a time-tested and proven master tactician. Miha remains a mid-table team coach in my opinion. If he had given Mauri more game time and not sent Suso away, he may have… Read more »

I’m not so sure he would have…if he had…Berlusoni wouldn’t have sold the club, Galliani would still be there, and we would have another year of Miha …who wouldn’t improve his bland style because he qualified for Europe and it “must be working!”. Sometimes defeat is the only way to lead growth.

Says the defeatist. Berlu had been trying to sell milan before last season even began. Mr bee saga anyone?

I respect Miha for what he did with MIlan considering he had Berlu to always look over his shoulder! i was sad to hear him sacked and i wish him all the best next season, but when he comes against us, i will look at him as if he is an opponent. I wish him all the best and hope he can beat Rubentus as well for us, all the best Miha, see you next week!

I think the main difference between him and Berlusconi was the playing style. Berlusconi values good football alot and spent 90m that summer compared to the likes of Fiorentina and Sassuolo I mean dispute not having Modric and Verratti the team couldve played a little better than what we saw to be honest. He’s a great motivator but not quite a good match for Milan/Berlusconis.

great point! I’d be all over Miha’s ass if I were president / owner. And 30 years of greatness vs 8-9 years mediocrity…Miha said it himself that he still played / coached the system he wanted etc…maybe if he took B’s advice we might have won a few more matchs

Miha did his best but Berlusconi would always be a problem to his managers.

Miha is a dull coach. better off at samp, toro n co not Milan.

what makes u say he is dull. He proved that he is a big team coach. Look at the kind of players he had at his disposal and yet he was able to place the club in a European qualifying position and coppa italia final, before he was sacked.

lol…there is a reason he was sacked! because he was on the edge of not qualifying…if we was winning games I hardly think he would have been canned…

He proved to be big team coach. How exactly??? by beating Alessandria before and getting us into a final with Juventus? or by loosing from Sassuolo twice, Being 5th or 6th on the table? Playing football so bad on the eyes that some Italian media dubbed Milan for least attractive team in Serie A. Brocchi was an Idiot but Miha was nowhere near level of big team coach.

Isn’t this the same team montella as that miha as… And montella is using it better than how miha wasusing it… The team is playing more attractive football now than last season under miha.. no heart feelings but miha is not the type of coach for Milan.. He is a mid table coach and Milan is not a mid table side… I wish miha the best thou look forward to the match next week..

Bentancur might not be joining according to some reports. Sosa could.