THERE WERE ugly scenes at the Atalanta-Milan game at Stadio Atleti Azzurri d’Italia as the fans of the home side threw bananas at Milan’s players. Kevin Constant, Nigel De Jong and Philippe Mexes ironically applauded the racist fans and Clarence Seedorf congratulated his men after the game for keeping on playing. Racism strikes again at its ugly form. 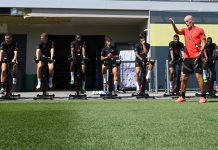 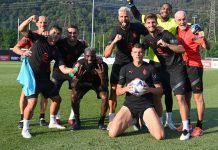 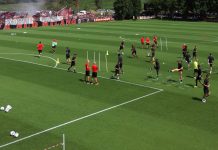 Ahhh Italy.
Such a beautiful country with such ugly people.
I wonder if Atalanta is proud of their fans…

I WISH ATALANTA GO TO SERIA B !!

The Atalanta coach has spoken out against this.
I hope they corral their fans the get the racist ones in line.
More displays like this will only hurt that club and Italian football.

they are not improving. you can dislike people but try to not show it unnecessarily. this is so wrong.

situations like this,i believe the opposing side should b awarded all three points, the home side should b deducted 5 points & three behind closed doors games.

More brains in one of those bananas than those idiots throwing them.