Rossoneri Blog – AC Milan News
Home News Interviews Rami: “My stay doesn’t depend only on me, I like Seedorf”

ADIL RAMI is convinced that the club will make the best decision about the coach and wants to stay with the Diavolo.

Rami got the prize at the San Siro Gentleman Awards this week for Milan’s Revelation of the Season and the Frenchman who has been very good since coming on loan from Valencia, hopes to keep wearing the red and black shirt in the future.

However, Adil’s wish is not so simple, as Milan are looking to get a discount on Rami, whose buy-out clause is set at €7 million, but Valencia are unlikely to grant it amid interest from other clubs in Rami, clubs that would be willing to pay more.

Taarabt: “I hope to stay at Milan, I feel that I’ve grown”
Kaka: “It’s been a special year, the future? We will see…”

“I’ve shown what I can do and I’m happy,” the 28-year-old said. “I was a mechanic when I was younger and destiny brought me here. There are a lot of stories in the papers but I’m happy here with Milan. Nesta was my idol and that’s why I chose the number 13. Seedorf has shown trust in me and that’s important as I’m a sensitive guy and I always try to repay his faith.

“I arrived at a complicated time but I have and always will have a lot of desire to show what I can do. It’s been a  tough season and I’m a bit tired but we have two important games left to get into the Europa League. The derby against Inter is the best I’ve ever played in, I said so to Mexes, it was incredible. We are three points away from fifth and we have to think about going to Europe. The World Cup? I’ve lost my place in the national team but I’m young and still have time.”

After speaking to SportMediaset, Rami talked with beIn Sports: “I’m delighted to be at Milan. I want to stay but it doesn’t depend only on me. Seedorf? The club will make the best decision regarding the coach. I like Seedorf but the club may have other choices. I only think of doing well. We are only three points away from Inter and we want to reach the Europa League.”


Rami has played 20 games in all competitions for Milan since arriving and scored three goals. Rami and Mexes have been Seedorf’s first-choice center back duo and their positive performances have pushed the likes of Cristian Zapata, who has barely managed to get a game since Seedorf took over, to the bench. 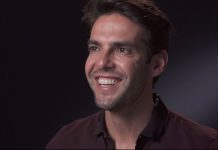 Rami is our top central defender for now