MILAN DID NOT produce a great performance but got the job done in the second half. The first 45 minutes were very boring with very little things to mention as Siena were organized at Stadio San Siro and Milan failed to create much. Bojan Krkic came on for Antonio Nocerino in the 56′ minute and changed the game. Milan were a lot livelier with Bojan on the pitch and 11 minutes after his entrance he found the back of the net with a great header from a fantastic Kevin-Prince Boateng cross, whose game improved greatly after Bojan’s substitute. Giampaolo Pazzini who was poor for the most of the game finished the game with a goal, scoring a rather dubious penalty in the 80′ minute. Michele Paolucci scored for Siena in the 87′ minute but Milan won 2-1 in the end and with Juventus, Inter and Fiorentina all finishing on the losing side today, Milan could be 5 points off 3rf if Napoli don’t beat Roma. 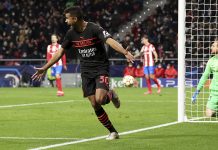 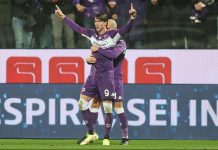 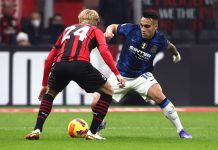 4-2-3-1 saves the day again, where have I heard this before? When will we give this system a proper run of games! Montolivo in a midfield 2 and Bojan behind the (lone) striker work brilliantly! And most importantly it lets El Shaarawy go to his natural position and pushes Boatengnout wide where he can’t “create”

thank GOD we start the year wit a win.may it continue till the season end.AMEN.

How was De Sciglio as CB?

better than any cb in our squad

Another set goal against us? Whyyyyyy

thats it! thats all we want allegri!! i would prefer emanuelson than them 2 but they are good as well

Is it Siena that couldn’t score more goals or is it milan’s defenders who played well today? Please tell me how good or bad the elaboration of acerbi and de sciglio in the heart of milan’s defense today?

Siena only had 2 chances today, one was after the ball bounced off two of our defenders and fell in front of a Siena player and Abbiati made a great reflex save. The other one was the goal.

Allegri with his overcautious, defensive, lackluster lineups which have very little creativity is holding this current Milan back!

4-2-3-1 should easily be our first choice set up especially against lesser opposition. Bojan is easily one of our most creative players yet he starts on the bench!

Wow we won keep it up we start dis year wit win, we gonna end it wit win forza milan.

I want us to get PERIN! Also sack Allegri, i swear some of the fans on this blog are better managers than him.

Cavani had a hatrick 2dy,he is d new top goal Scorer,so sad bt i hope elshaarawy catches him up

There’s no need to sign another striker, just buy out Bojan. We’ll have Pazzini, Niang, Bojan, SES, Robinho(?) which can rotate along with Urby and Boateng. Enough for me. We need midfielder and defender. And please stick to 4-2-3-1! Forza Milan!

Source: AS
Monday, January 7, 2013 07:50
Milan consider Nainggolan and Strootman
AC Milan want some fresh legs in their midfield and are considering bids for Cagliari’s Radja Nainggolan and PSV’s Kevin Strootman.Juraj Kucka of Genoa is also linked, while Allesandro Matri and Davide Astori are alternatives for attack anddefence.

That sounds legit. I’d love to see Astori and Strootman. Both Astori and Nainggolan wont leave Cagliari, they don’t want to be relegated. Maybe in the summer.
On the other hand, i don’t want Kucka, i see him rather mediocre. Matri along with Pazzini? I don’t think it’s a good idea.

Dream scenario, we get Strootman and Astori. nightmare (Allegri) scenario we get Kucka and Matri

boring game but after bojan came milan start to play well and i think his trough pass for pazzo and elsha is brilliant is just the defender get it in time. i hope milan buy out bojan and then THIS TRANSFER milan shall seriously buy a defender that can organize/command the team like how nesta,maldini and T.silva did. Lastly milan shall really organize the defence properly specially when the opponent use set-pieces and or cross a high ball

please i need to know how was de sciglio performers as CB. And wat’s the match statistic

please i need to know how was de sciglio performers as CB. And wat’s the match statistic. It milan still going for balloteli,i can’t wait to see him in milan jersey

If i av 2make a wish dis new year all i’ll wish 4 is gudluck 2succeed in everytin i desire in 2O13 n beyond. More winnings 4us all d way. FORZA MILANO! MILAN 4ETERNITY!! SAN SIRO 4LIFE!!!