The Rossoneri have taken a plane today and flown to Detroit, Michigan today (Wednesday) in order to face Panathinaikos in what called in the American TV: ‘Match of the Titans’.

Milan will receive a check in amount of €1 million for the participation in the match against the Greek side.

il Diavolo have lost stars such as Ronaldinho, Andrea Pirlo, Massimo Ambrosini and Filippo Inzaghi to injury, but Brazilian defender Thiago Silva and American center back Oguchi Onyewu are now available for the trip to the United States. 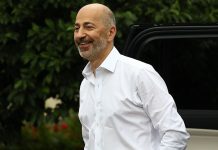 Gazidis has been diagnosed with a cancer of the throat, doctors expect the Milan CEO to make a full recovery 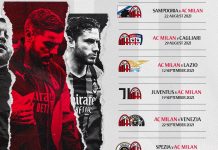 Serie A 2021/22 calendar: Milan start against Sampdpria, Juventus and Inter back-to-back in the second round

‘Match of the Titans’?? There will be only one Titan in this match.