After 4 seasons in Red and Black, in which he won the Scudetto on his final year, Castillejo leaves Milan and returns home.

The former Villarreal player was not in the plans of coach Stefano Pioli for next season, and he will now work again with Gennaro Gattuso, having joined Valencia.

“Milan can confirm that Samuel Castillejo Azuaga has joined Valencia CF on a permanent basis. The Club would like to thank Samu for the professionalism and commitment shown during his time here and we wish him all the best in his personal and professional life,” a Milan statement, released on Tuesday evening, reads.

Valencia confirmed that they “have reached an agreement for the signing of Samu Castillejo, on a contract through to June 30th, 2025. The 27-year-old winger arrives from Milan, where he played for the last four seasons, including a campaign under current Valencia CF coach Gennaro Gattuso in 2018/19. In that season, the Spaniard was an important part of the Rossoneri squad, and played a total of 40 games, scoring 4 goals and providing 4 assists. Last season he became Serie A champion for Milan. Previously an international at youth level for Spain, Castillejo has extensive experience in Serie A and LaLiga, through his time at Málaga CF and Villarreal CF.”

It’s believed that Milan are not getting a transfer fee for Castillejo, who had one more year on his deal. Instead, they’ll get bonuses if certain objectives are met during Samu’s time at Valencia. 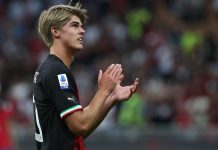 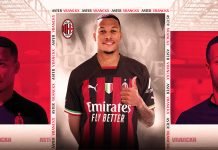 All the best brother ! We thank you for your professionalism all the time..You have earned our respect.

Back then I hated his signing, he was traded for Bacca and look how it went for us… Bacca scores double digits for sure with a shitty team.

Now, Casti worked always with a smile, good attitude no drama. He endured the worst and for that I respect him. Scored some beautiful goals while at it. I love the guy, blessings Casti I’m sure most of the rossoneri feels the same way.