Ante Rebić, Zlatan Ibrahimović, Rafael Leão and Davide Calabria are back and should be available for Thursday.

Milan finished the first round of the season in 2nd place and they are now getting ready to kick off the second round and they face Roma at San Siro on Thursday (18:30 CET kickoff).

The Rossoneri’s biggest problem in the first half of the campaign was the injuries, and they are going to start 2022 with some absentees as well. However, some good news came out of Milanello in the last few days.

Calabria has been training with the rest of the team since they got back from the Christmas break and is fit again. Zlatan, as reported by Milannews.it, trained with the group today, while Ante and Rafa did the first part of today’s training session with the rest of the team, and then continued with personalized work before Rebić did some technical work and Leão returned to the group.

This is a huge boost for coach Stefano Pioli, who against Roma will be without the injured Alessandro Plizzari, Simon Kjær and Pietro Pellegri, as well as without Franck Kessié, Ismaël Bennacer and Fodé Ballo-Touré who are with their national teams gearing up for the Africa Cup of Nations.

There are a few more sessions to go until Thursday, but it’s almost certain that the three forwards, who are instrumental in Milan’s offensive game, and Calabria, will return to the squad. 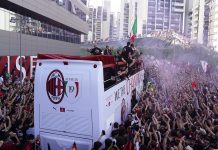 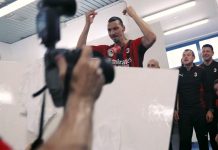 Video: Ibrahimović’s speech to the team in the locker room following the Scudetto win – “No one believed in us but we became stronger,... 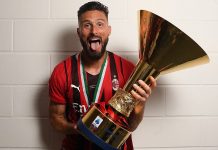 Videos: Giroud POV – Scudetto celebrations on the pitch and in the dressing room

Get some players back from injury, lose 3 to African Cup, so frustrating. You can count on one hand how many times we could field a full strength team smh

Maldini were suppose to have a player in hand already, because ACM in need players.

Rumors in English media say that Totenhem wants Kessie now in January and they may offer Ndombele in exchange. If that is the case we shouldnt think twice. Much better than loosing him for free in the summer. We can sell Ndombele later on if he dosent work out.

It will be very sad to see Kessie go.
However he played Olympics and got injured, then struggled to find form and now is off to afcon.
Its prob best if he leaves in January and we get someone in. That way we dont have to pay him while hes away and we get a replacement we can use

The only thing more important than the talent of a player is his availability to the team.
We have too many players who have had injury struggles, covid and absences to play for national teams.
Milan needs to be the priority

Video: Ibrahimović’s speech to the team in the locker room following the Scudetto win – “No one believed in...

Castillejo: “To cheer on these colors as a kid and then win a title is unimaginable, I’ve always been...

Scaroni: “It’s an incredible delight for me and for all fans who’ve waited for this joy, Pioli the poster-boy...

Videos: Giroud POV – Scudetto celebrations on the pitch and in the dressing room

Gazidis: “We’re really proud not just for what we’ve done but for how we did it, this was the...

Kalulu: “We are Campioni d’Italia – it is amazing! The whole team worked hard and we got here with...