Tommaso Pobega has officially joined Torino, where he’ll try to get consistent playing time next season.

Pobega returned to Milan this summer from a loan spell at Spezia, but he was unlikely to find space under coach Stefano Pioli last season, especially after the Rossoneri closed a deal for Tiémoué Bakayoko, who arrives from Chelsea on a two-year loan with option to buy.

The talented midfielder had several suitors both in Serie A and in the Serie B, and today his move on loan to Torino was made official:

“Milan can confirm that Tommaso Pobega has joined Torino FC 1906 on a loan deal. The Club wishes Tommaso every success for the season ahead,” a statement reads on Friday. 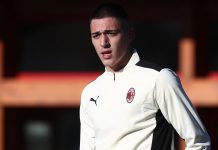 2022 January mercato comes to an end 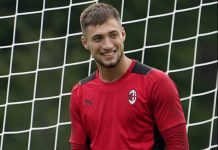 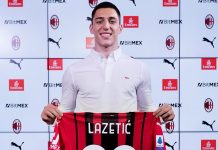 All the best . Go and come back stronger !

Should have just sold Krunic for 6-7M Spezia was offering and just have kept the guy with us.

I hope he sees playtime there…