Andrea Conti’s agent spoke to Milannews.it about his client’s future, saying there’s a dilemma in place.

Davide Calabria has been phenomenal this season, and with Diogo Dalot proving himself to be a competent alternative, Conti has been pushed to the side.

Andrea’s career at Milan has been nothing like he imagined as he suffered a few serious injuries and has never really been able to establish himself as a starter. With his contract expiring in 2022, his agent Mario Giuffredi spoke to Milannews.it:

How is Conti? Are there any movements planned in January?
“Well definitely not, because last year with Pioli he used to always play, he was the starter, and then he had a surgery where he had his knee cleaned at the end of July. The league then started, he took a little time to recover and meanwhile Calabria took the starting sport, Davide is doing very well now. Conti is a bit disappointed, let’s see what will happen.”

In January it is possible that he could move?
“If you ask me what we’re going to do, I don’t know, for me Conti is a daily dilemma. I get up in the morning and I think about Conti, for a simple reason – because last year he proved to be a player ‘da Milan’, he was coming off a thousand problems. Trying to find continuity somewhere else when he’s proved to be a player ‘da Milan’ would bother me. But if he stays there and continues like this until June, it means that we’ve drawn a blank. Conti is a question mark, we think about it every day.”

Has he had several loan offers in recent months?
“Yes, it’s correct, he’s had many. But Pioli has always given us guarantees, he is a player he considers. In January we will make evaluations and see what happens.” 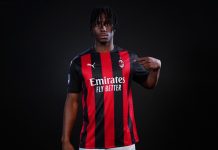 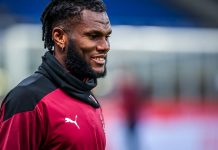 Kessié: “The word ‘Scudetto’ should not be a taboo, the skepticism? It does nothing but motivate us more and more, the Atalanta game was... 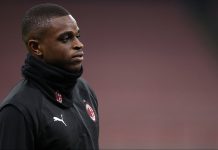 Kalulu: “I felt very proud from the beginning at Milan, being compared to Desailly is very flattering, Ibra…”

Pioli knows best. But I believe conti should be starting ahead of Dalot. A Milan player should always be ahead of a dry loan