Gerard Deulofeu spoke to La Gazzetta dello Sport ahead of Sunday’s match between Udinese and Milan.

Milan will be looking to extend their positive run when they play Udinese at Stadio Friuli on Sunday at 12:30 CET.

Udinese away has always been a difficult game for Milan and this time on the other side of the pitch there will be an old friend as 26-year-old Gerard Deulofeu, who played on loan for Milan in 2017, will be wearing the Zebrette colors.

After beating Vicenza in the Coppa Italia on Wednesday and scoring his first Udinese goal, Deulofeu spoke to La Gazzetta dello Sport’s Francesco Velluzzi ahead of the game:

“I still lack a bit of speed and intensity to get back to my level. But I scored the first goal, now we just need to turn around the results in the league.

And on Sunday comes Milan, the team in which you were happy…
“I can’t wait to face them, they are doing very well, also with Ibrahimović. But I’m convinced that if we play with more intensity we can win also because we have to get points.”

Is it true that you wanted to return to Milan in the summer?
“It was an option, as were Napoli and other big sides. Then it was decided for Udine because I need to play with continuity to get back to my level. I live for football and I always want to play, I don’t like being on the bench. If I don’t play then I’m not happy.”

You got on well with Vincenzo Montella with whom, on the other hand, others did not fare well. You also tolerated a vegan menu…
“I love vegetables. I always eat them. I established a good relationship with him also off the pitch. I was playing 4-3-3 on the left, at full speed, taking advantage of the 1v1, like I did when I was a kit in the Spanish youth national teams.”

From the Milan in which you were, Donnarumma, Calabria and Romagnoli have remained…
“This is football. Two ownerships have changed. Every now and then I talk with Gigio via Instagram. How many goals I scored on him…”

Now, however, you have to start over. It is the story of your career. Always a restart…
“The present matters to me. To build the future. The lack of continuity has held me back, I have not been a regular. Now there is maturity.”

You are also expecting a second child…
“Yes, he will soon be born…”

Is the objective to return to the Spanish national team?
“I work for that as well.”

You won two Under 19 European Championships with the Youth Teams. Your greatest satisfaction?
“Those wins are there… I played well also in the Premier League which makes you live in another way. There is passion. Do you know that Everton I was Lukaku’s biggest assist provider? The Europa League with Sevilla is the trophy I care about the most.”

Now it is Udinese where relegation is at stake…
“I have to help the team do well, but it’s a good group with a lot of professionalism. Roberto Pereyra and Ignacio Pussetto, with whom I was at Watford, help me with my integration. There are Argentines, Brazilians and Spaniards… I’m fine. And Rodrigo De Paul is also a very high-level player. We have lost some matches undeservedly.”

How are you doing with coach Gotti? He doesn’t force you to eat vegetables…
“I love vegetables. He seems like a good coach, I’ve talked to him but I don’t know him well yet. I told him how I like to play. We have to get points.”

Let’s go back: you grew up at Barcelona – what is the significance of that?
“It was a good time. But now I’m of Watford. It certainly amazes me that Messi has been number one at these levels for 15 years.”

And of the period at Milan what do you remember?
“That Suso and I were always together and we often went to restaurants and were happy. Ronaldinho, who I adored, teaches that football is joy.” 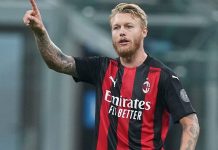 Kjær: “I feel like a leader at Milan on the pitch and in training, Pioli the perfect coach for me, I’d like to end... 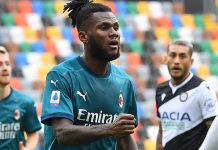 Kessié: “We did everything to find these three points, I am very happy to play next to a champion like Ibrahimović” 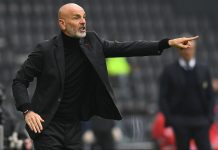 Pioli: “It was a tough and complicated game, Ibrahimović is fundamental in our growth, this is not the time to look at the standings,...

What an impact this guy made that he is still relevant to fans.

Seedorf deployed a 4231, I loved every minute of it, fucking Berlusconi sacked him for pulling a Boban and saying 2/3 of the squad cannot represent the team.

Our dark days could’ve been way better with him on the left, and Suso on the right, heck, even freaking Poli was doing an amazing job at the middle.

deulofeu played under morontella not seedorf though

I always thought Milan wouldn’t have slid into the pits if morontella had been shrewd. If he had kept Deulofeu, instead of buying Kalanic; kept Carlos Bacca, and some of those players who played their hearts out the previous season before the Chinese brought his money and that shitty Interista-duo, Fasso-belli.

He could have kept Kucka, J. Sosa, instead of wasting funds on Biglia, Borini, etc.

Well, maybe it was a blessing in disguise. That Milan slid into the pits and then re-emerge. But it sadly put a lot of financial pressure on the club.

like i said, the biggest mistake li bros made was trusting unproven coach and directors with >200m. they should’ve hired competent coach and directors first before spending money on players. milan didnt need overhaul, they needed arrival of 4-5 key players who could make difference like auba, moutinho, draxler, kessie, skriniar and especially ibra. but even then, morontella’s team could’ve been more competitive had they used 3-5-2
donna
musa – bonucci – romag
loca – kessie
conti – hakan – bona/deulofeu
andre silva – cutrone
too bad he’s to much of a moron to pull it off

I think one of the reasons the hierarchy didn’t go for him is because of his proneness to injury. Granted he is fast and very skilful though.

“I can’t wait to face Milan on Sunday…” – Deulofeu

“I can’t wait to get thrashed by Milan on Sunday. If things had worked out right for me, I would have been part of this growing machine.” – Deulofeu

Good son. Have a good day and remember to celebrate every time Milan scores against Udinese.