Stefano Pioli is going to rest some of the tired players and give space to Sandro Tonali, Rade Krunić, Rafael Leão, Brahim Díaz and Lorenzo Colombo.

Coach Pioli admitted in today’s press conference ahead of the Spezia match (Sunday at San Siro at 18:00 CEST) that “some players are very tired having played so many matches in such short period.”

As reported by Sky Sport’s Manuele Baiocchini on Saturday evening, there will be big changes in the XI of Milan compared to the 11 that played from the start against Rio Ave.

As a matter of fact, Pioli is apparently planning five changes: both Franck Kessié and Ismaël Bennacer will not start, with Rade Krunić and Sandro Tonali taking their places. In attack, three changes are planned: Alexis Saelemaekers is the only ‘survivor’ with the rest being benched/rested.

Lorenzo Colombo will start in the place of Daniel Maldini, while behind him – in addition to Alexis – there will be Brahim Díaz in the role of Hakan Çalhanoğlu and Rafael Leão on the left. 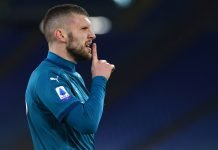 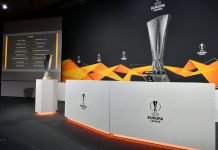 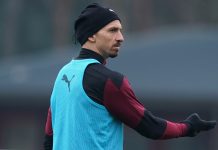 Sincerely speaking , looks like this is a set up for Pioli. None of the players he demanded for was bought…we are playing 3 competitions and our first eleven is not even complete not to talk of bench…what is the essence of all the noise about Chiesa,milenkovic, ajer Bakayoko for almost 2 months ???
Anyhow we will still support the team.
We are Milan….. …..

that is actually pretty decent line up, all things considered. but lemme tell milan something, if u let baka join napoli then ur making a grave mistake. i saw napoli’s 1st game and atalanta’s and inter’s first 2 games, and they way things are going, those clubs will finish within top 4. baka – koulibaly axis will be frightening

Totally agree with u on this. Baka wanted to come here so badly. And what deal are napoli making for him? Insane. I really dont know what our management are planning/planned for this season. We are not getting to CL with this squad.

Bakayoko is another rejected player that chelsea never wanted.

milan will finish above juve, but first they need to spend those 30m initial budget + around 45m from suso and paqueta sales on world class players

…plus 15m from Europa qualification…

correctamundo mate. 90m transfer budget would and should be enough to get 2-3 world class players like baka, fofana and de paul. vergogna

Mate can you explain Gazidis’ strategy?

If Kessie gets injured we are screwed, I would be against keeping the formation only to suit hakan.

nazidis and eldiott strategy is pretty simple: to run milan with lowest budget possible before selling. no one can convince me a serious club is after rangnick because it wants to win. nazidis wanted to turn milan into arsenal 2.0 by appointing him behind maldini’s and boban’s back but then maldini and pioli (maldini’s and boban’s pick) proved him wrong and milan started to perform much better so nazidis, slick bastard that he is, ate his own words and pulled a u turn starting to sweet talking maldini into staying by promising him a nice budget for mercato to strengthen… Read more »

I can’t believe Bakayoko is joining Napoli so easily …..clearly something is fishy……if Chelsea just intentionally didn’t want to sell Baka to us for no reason, I hope some day we will pay them back !!!! Heaven knows. …

The only good thing is we are playing against Spezzia. Can we match inter and Napoli, at Atalanta and Co.? There is always an uncertainty in our squad week in week out cos management is adamant on spending few bucks to get pioli’s request. As for bakayoko he is nothing good. Forget about him. At least some of our benched starters will come at some point in the game

When I said it weeks ago that milan management are only interested in cheap players and scraps of other clubs ,I said it that milan management after tonali were done with the marketto and it sounded funny ,now we are playing krunic alongside tonali ,wen we had the opportunity to sign Baka as required by pioli ,what a shame ,milan will still finish 6th position mark my words anybody can doubt me but I wish this will be remembered at the end of the season,we are not ready for too 4 with the like of Dalot sitting on milan bench… Read more »

I don’t understand Milan’s mercato. Something big must be happening in the next few days. I don’t know how Milan can even think that this squad can compete for a top 4 finish.

Elliott must be working on selling the club in January. That’s probably the reason they’re not making any serious signings. Smh

I don’t know which is more annoying, the management refusing to sign quality players or the coach always playing Samu from start, can keeping better players on the bench.if Milan fail to sign Thuvian they are screwed!!!

I’m not convinced this is the best ACM can come up with for 2020-21 season
The transfer market has left ACM clutching again
Thuvian would be great but, again they have not secured a demon of a centre back that would enforce the squad

How is Romagnoli ? When will he join the line up? I totally agree with the attacking position line up considering last performance

For those crying about the market, this is what y’all wanted. You wanted the club to focus on the defense when clearly we needed a rw and cf much more. Yes we also needed baka and yet we loan our youngster who is better than krunic and still not get him. But still the cry is always for a cb and rb even though we now had 3 and now 4 with dalot. There are plenty here crying who are getting what they want. I’m sure I will get lots of dislikes but the truth hurts. Our cb are almost… Read more »