Rossoneri Blog – AC Milan News
Home News Report: Leão to undergo a test tomorrow to see if he can...

Rafael Leão, who didn’t do a pre-season as he was in quarantine, will undergo a fitness test tomorrow ahead of Sunday.

Leão has not played a game since getting injured on Matchday 38. He also did not take part in pre-season as he was positive for Coronavirus and was in quarantine.

However, as reported by Milannews.it, the return of Leão is close and he could be back in the squad already on Sunday.

Tomorrow (Saturday), the Portuguese will undergo an important test which will determine whether he can be included for the squad against Crotone or not. The Diavolo face the newly-promoted side away from home at Stadio Ezio Scida behind closed doors (there won’t be 1000 fans).

The return of Leão is especially important in view of next Thursday’s Europa League play-off game against Rivo Ave, as Milan will be without Ante Rebić (banned) and Zlatan Ibrahimović (COVID-19). 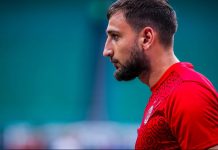 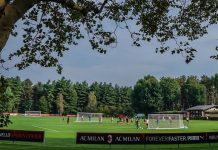 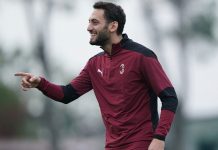 I pray he plays ,and besides I don’t just understand y pioli keeps playing castellejo and leaving salemaekers on the bench ,salemaekers is a far better player at the moment than castellejo

I think it is a matter of trying to “play” Castillejo into form.

Corrently we need Leao Badly, even for league matches, to use Rebic on the left, and keep Saelemaekers and Diaz subs. Rafael Leao’s pace might let Calhanoglu/Rebic to make crucial impact on the game. And of course he might score himself as well – i bet he got even better compared to last season.

We need some variability until Zlatan gets his place back.