Rossoneri Blog – AC Milan News
Home News Interviews Çalhanoğlu: “Pioli has given us a lot from a tactical point of...

Hakan Çalhanoğlu spoke to DAZN about working with Pioli and Zlatan and stated ‘our goal is clearly to reach the Champions League’.

Hakan has found new life at Milan under Coach Pioli and his numbers have also improved significantly since Zlatan Ibrahimović (who scored a brace yesterday) returned to the club in January.

Çalhanoğlu, who has always been a starter for Milan but is now also putting in the performances to justify it, spoke to DAZN, as reported by Goal.com:

On Pioli: “Pioli has given us a lot from a tactical point of view. Nothing against his predecessor Giampaolo, but in somehow his system didn’t come through. With Pioli, instead, we are working a lot better. And Ibrahimović’s return, with his mentality and his quality on the pitch, drives the team forward in terms of growth. For me personally, it was important to finally play regularly in my preferred position. The coach made it possible for me.”

On Ibra: “Zlatan has so many ideas that he wants to realize with us on the pitch. All his experience helps us and, above all, his unconditional desire to win. It all starts in training. Zlatan wants to win every little training match on his own, he’s very ambitious and very angry when he loses. Zlatan knew me and my qualities before he returned to Milan. He always wants me to play without thinking too much and always asks me to be 100 per cent concentrated. He always tells me that my body is my capital. He transmits his experience to me. On the field I know how he moves and he knows my plays.”

On Rangnick: “With all due respect to Ralf, because I know him from the Bundesliga and many have asked me about him… despite the rumours, Pioli gave 100% every day and we paid him back on the pitch.”

On the objectives: “We want to build the present and the future on the traditions, around Franco Baresi and Paolo Maldini. Our goal is clearly to reach the Champions League. We have welcomed Tonali, Zlatan has renewed, and we want to achieve something. In any case, my hopes are high.” 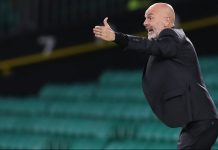 Pioli: “We proved that we are not a ‘normal’ team, our strength is that the next game is always the most important one, the... 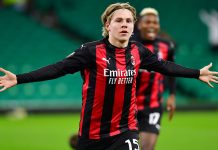 Hauge: “I’m very happy for the team’s win, I scored a goal and I’m very happy, there was a drop in concentration” 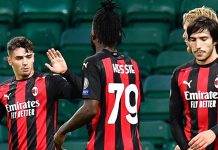 Kessié: “We are a family and Pioli knows how to manage the group, the partner in midfield? For me it’s the same”

Last 10 days of the market and hoping for sweet signings. One surprise CB is coming for sure i just hope it isnt Nastasic lol.