Andriy Shevchenko has spoken to La Gazzetta dello Sport about Milan, his friends now coaching at Serie A, the situation of Leo Messi and more…

Sheva was part of Carlo Ancelotti’s great Milan; from that team many players have now become coaches: Andriy guides the Ukraine national team with former Rossoneri assistants Mauro Tassotti and Andrea Maldera, while – just to name a few – Andrea Pirlo is at Juventus, Rino Gattuso at Napoli, Pippo Inzaghi at Benevento and Sandro Nesta at Frosinone.

“How many of my teammates have become coaches… if I expected it? You never know what happens when playing football ends, but there were many among us gifted to decipher the matches…”

Shevchenko spoke to La Gazzetta dello Sport’s Alessandra Bocci after returning to the UEFA Nations League, happy that the worst is over: “5-6 months ago it was all dark, we couldn’t even image when we would start again. If closed stadiums bring sadness? In the meantime we got the playing back. The first thing is people’s health, let’s take it step by step.”

There are those who say that football in the bubble has helped the Milan of the Youth, who were able to play with less pressure…
“When you wear the shirt of Milan or of another big club, the pressure on you is always great. And then, in terms of performance, Milan were already improving before COVID: in 2020 they found their own structure.”

It seemed like a club ready to change everything, but almost everything was confirmed. Was it right to choose continuity?
“I do not allow myself to enter into the plans of the club, I say what I’ve seen: Milan restarted a year ago and in football it takes time. Zvone Boban and Paolo Maldini did the right things, the results slowly arrived. The team reacted to a difficult moment and Pioli has done a great job: he has given an identity, he’s won the trust of the group. Milan needed continuity and they’ve found it.”

Are you surprised that Paolo Maldini has remained?
“It is his decision and I’m glad that he made it.”

Are you convinced by the confirmation of Ibrahimović?
“As long as he has something to give and is stimulated, I would always keep him. In the last months he did what was expected: played with intelligence and guided his teammates. Ibra always responds on the pitch.”

Do you like Tonali?
“He seems to me like a solid player with a lot of quality. Everyone says a lot of good about him and he can still grow a lot.”

Could he feel the weight of the comparisons already being made? The new Pirlo, the new Gattuso…
“Comparisons are typical of Italian football. We need to know how to live with them.”

Speaking of Pirlo, what effect does it have on you to see him already on the Juventus bench?
“I’m very happy and I’m sure he will do well. I have a special relationship with Andrea, but there are a lot of friends now on the benches of Serie A…”

Who will you cheer for?
“I don’t cheer. I love my friends, I haven’t have preferences but we know that Milan have a special place in my heart.”

Van Gaal has told La Gazzetta that it is difficult for great players to become great coaches. Do you agree?
“Maybe it was true in the past, in the last 20 years many things have changed. There are ready ex-players who don’t just rely on charisma. I’m thinking of Zidane and Guardiola, but also of Gattuso…”

And who rely on a solid staff, like you have time…
“To create a staff of trustworthy people, to dialogue, is a sign of intelligence. Anyways, the first thing is the preparation: Andrea has it, it is the preparation that comes to him from the field.”

Are Juve favorite despite the rookie coach or have Inter grown enough to beat them?
“The fight will be more interesting. Conte is working well, the team is competitive, they have already approached Juventus and I expect a more competitive campaign, because there is also Lazio, Napoli, Atalanta which is an incredible team… and there is Milan who have strengthened.”

Can they fight for the Scudetto?
“It still seems early. I think the goal should be to return to the Champions League.”

What is Milan missing to make the final leap?
“Confirm the good things of a complicated season: it will be a decisive year to be able to say ‘we are here as well, we can return to being among the great ones’.”

The Nations League has resumed. Your favorites to succeed?
“Ukraine is in a group with Germany, Spain and Switzerland: it’s a bit too high of a level for us but we’re working to improve and I’m not afraid of letting the young guys play. As for Italy, I saw the good match against the Netherlands.”

You were an interested spectator as you will face the Oranje in the EUROs…
“We watch all the games, it is necessary to grow at an international level.”

So let’s finish with an international affair: what do you think of the Messi case?
“Messi is a God of football but the years pass for him too and in the last two seasons the results of Barcelona have not been very good. I think he still has a great desire to win and time flies. In any case, after this season at Barcelona, they will have to rebuild and it won’t be easy. The ball lives on cycles, those who know it – know it…” 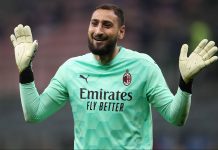 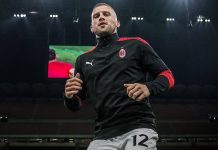 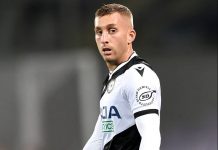 Am so happy our legends are taking over as coaches everywhere. Hopefully, Recardo Kaka will soon join the league of coaches or managers too.

Yeah, but Ricky is too chaste for the bench. He wants to be a sporting director and I agree. We need our legends both off and on the pitch. Cheers!