André Silva has made his stay at Frankfurt permanent, after impressing during his season on loan in Germany.

The deal worked out perfectly for all parties in the deal, so much so that Silva and Rebić have impressed so much that the clubs decided to skip the 2nd loan year and just make the deal permanent.

Milan have still not announced Rebić, but today Eintracht made it official that the 24-year-old Portuguese striker, who scored 16 goals in 37 games in 2019-20, will stay at the club:

“Milan announces the transfer of the player André Miguel Valente da Silva to Eintracht Frankfurt on a permanent deal. The Club wishes him all the best in his future endeavors and thanks him for his professionalism,” a statement on the website of the Diavolo reads on Thursday.

Silva joined the Rossoneri in 2017 from Porto for €38 million but he failed to make a big impact and earn a starting spot at the club. He’s found himself in Germany and will hope to keep shining. 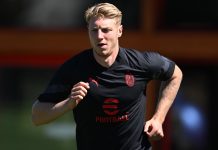 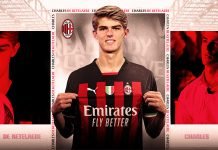 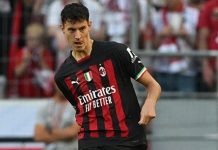 But what about the money earned here?

there was a report of Frankfurt paying only 9M. if so I have 3 questions then:

1) how much are we paying? is it the same price?
2) if so, why didn’t we lower the price even more so Frankfurt could have paid Fiorentina even lower fee?
3) and if we had done it, would Fiorentina sue us or smth?

maybe the estimated 9M fee was lowest we could have gone without making loss on A. Silva purchase and at the same time letting us to spend way less than he actually costs + helping Frankfurt out.

we have now minimal to no loss on Silva deal + spending less for Rebic.

Frankfurt gets Silva for lower price + pays Fiorentina only 4.5M.

I have the same question.. I know it is a strategy to reduce the fee that has to be paid to Fiorentina, but I had the same worry that it will make them feel robbed and put them in anger. Moreover, Frankfurt only paid 2 M when they bought him in 2018, even though at that time his market value was already 10 M. Although, it must be said that the deal at that time had also started with 2 year-loan before the option-to-buy was activated, and at that time his value was only 1 M. Nevertheless, it’s hard to… Read more »

I’m just scared that it might damage our relationship with Fiorentina and we might never get neither Milenkovic, nor Chiesa.

What was confusing is actually Frankfurt decision to accept swap loan deal with Andre Silva, given the fact that Rebic was in a good form while Silva didnt perform with Milan. Moreover, they already lost 2 of their attacking trio at that time (Jovic and Haller).

whats so confusing about it? u just said they just lost their 2 st and silva’s pretty good st barring injuries. also, milan paid so much more for silva than frankfurt for rebic. in the end, silva scored more than rebic last season so it turned out to be a win – win situation

I’m talking about the condition before the loan deals were made. Rebic was on fire with Eintracht, while Silva struggled.
They lost two stars, yet they swapped another star with someone who was having a bad time and also unproven at that time.

Bad business…. we are always in a hurry to sell players.. SMH

shame that talented player like silva have to go permanently but if it means that milan can get rebic permanently in return then im all for it. i just hope milan – frankfurt make a deal that will give those greedy bastards fiorentina the smallest amount of money for their 50% ownership of rebic.
best of luck andre silva, lets go rebic

whatever maldini did as regards the transfer is to free out funds for other purchase. Good business Rebic was fire when he picked his form.hes being unpredictable is amazing.

i know i know. to be honest, rebic permanent deal excites me the most because he’s real deal and is in his prime time of his life as an athlete