Nélson Dida will replace Gigi Turci and coach Gigio Donnarumma and the others next season.

Dida has been working for Milan Youth Sector since 2019, coaching the U17 side. Yesterday it was announced that he’s getting a promotion and will be part of Stefano Pioli’s staff for next season.

The Brazilian, who is one of the best ‘keepers in the history of Milan, was expected to be promoted to the Primavera team but there’s been a change of plans and according to Sky Italia and Milannews.it, starting from next year he’ll be trying to pass on his knowledge to Gianluigi Donnarumma and the rest of the first team goalkeepers.

Dida will take the place of Gigi Turci who will leave Milan and work alongside Emiliano Betti. In the Youth Sector, the replacement of Dida will come in the form of Davide Pinato and Gigi Ragno. 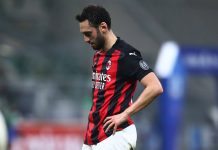 Çalhanoğlu to miss the game against Torino on Saturday with a swollen ankle, will undergo more checks soon 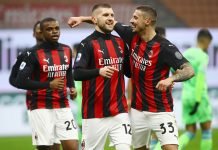 Official: Rebić and Krunić have tested positive for COVID-19, the two players are at home and are asymptomatic