There is now a date for the resumption of football in Italy: the idea is to first finish with the Coppa Italia and then go ahead with the rest of the league.

March 9 was the last time football was played in the top flight in Italy, but it looks as though Calcio will return very soon, as confirmed today by Italy Minister for Sport Vincenzo Spadafora.

Following a meeting with Prime Minister Giuseppe Conte, Spadafora announced that Serie A and the Coppa Italia will both resume next month, after the long break forced by the Coronavirus outbreak, which is slowing down in Italy after very difficult months.

“It was a very useful meeting with all the members of the FIGC: as we said from the first moment: football would restart with conditions of safety and with the ok’s of the CTS [the Technical Scientific Committee]. Italy is restarting and it is right that football does too, the CTS has confirmed the essential need for a fiduciary quarantine in case a player should be positive, which we hope doesn’t happen,” Spadafora told reporters on Thursday, as reported by Tuttomercatoweb.

“We also received guarantees that the process of swabs for players must not affect or detract from the general population’s access to testing in any way. In light of these considerations I made it clear to the FIGC that if the health emergency were to emerge, the league would be suspended again.

“The FIGC explained that there is a Plan B and a Plan C: play-offs and using the existing standings. It is not up to me as Minister to decide, as that will be done by the FIGC.

“In the light of all those events, we can today say that the season can resume from June 20. O have already talked with Prime Minister Conte. I hope we can complete the Coppa Italia in the week from the 13 of June to the 20 of June: it would be a restart for the benefit of all Italians as the competition is shown on public service. Also today I had contacts with Sky and I hope that there will be a confirmation signal from them [regarding the broadcast of Serie A] after the first positive conversations, also in the interest of avoiding gatherings in public places.

“Today is a positive day, also because the Minister of Economy, Roberto Gualtieri, has signed the decree for the 230m bonus for sports workers. My wish is coming true that the whole world of sport could restart at the same time, we deny the story that I had reservations about Calcio.

“Schedule? I’m the Minister, the Lega Serie A will have to decide.”

Milan President Paolo Scaroni reacted to the news, as reported by ANSA: “We understand the value of offering fans quality games after months of lockdowns but from a sporting point of view we find it questionable to give an important trophy like the Coppa Italia with 2 games in 3 days and teams on the field after more than 3 months of stoppage.”

Milan are of course in the Coppa Italia semi-final and the first leg finished 1-1 against Juventus. The final should take place in June 17th. In Serie A, the Diavolo are sitting in 7th place. 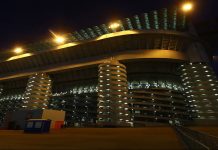 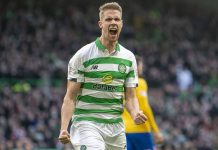 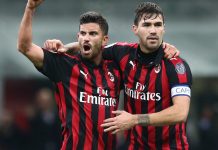