Rade Krunić is set to be out for an extended period of time.

The squad of Milan is fairly thin as coach Stefano Pioli doesn’t have a lot of option on the bench. Unfortunately, it will now become even thinner, as Krunić is out.

“Milan announces that the results from Krunić’s medical tests have revealed a stress fracture to the third metatarsal of his right foot, with the injury requiring conservative treatment. The player will undergo a further X-ray examination in one month’s time,” a statement on the club’s website reads.

Krunić joined the club from Empoli in the summer and has shown good qualities when called upon. With his absence, Lucas Paquetá could get some more playing time. 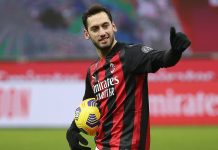 Official: Çalhanoğlu has tested negative to the COVID-19 swab test 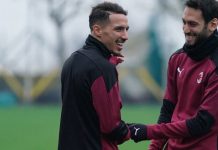 Bennacer close to returning from injury, the midfielder is expected to be back for Matchday 20 to face Bologna 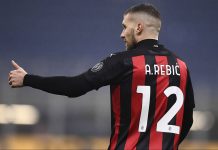 Official: Rebić and Krunić have tested negative for COVID-19, Theo Hernández was a ‘false positive and is also back

good thing biglia has recovered well then. like it or not, only him and kessie can play as dm

God forbid biglia playing as he will most likely leave us in the summer anyways and personally i would hope that pioli instead shows some courage and fields brescianini even if not a natural cdm there would atleast be some hope in fieldlng him compared to the argentinian. Bilglia cant really be that fit anyways as he hasnt played a match for some time.

modric will leave madrid at the end of the season but he’s still playing for them now as i write this comment. why shouldnt biglia play for milan? he’s one of highest earners of milan so he might as well play when he must. im not saying he should be starter but having him as back up dm is good thing for milan, especially if he can replicate his form vs lecce before he got injured. he’s starter for argentina nt before injury after all. regarding brescianini, like i said, zidane messed up vs sociedad by playing valverde (a much… Read more »

Well . . . Modric isnt Biglia is he. Modric won ballon do’r in 2018 and even though he might not be the same player as previously thats really not an example suiting anyone involved. Biglia back in the days was a pretty good player but never comparable to modric in class. Montolivo was one of the highest earners too and glad he didnt play too much in the last couple of years with us. I dont mind biglia in the first team though as he adds some experience to the group but it doesnt make much sense to me… Read more »

no one said biglia is modric but when fit he is useful squad player, like lucas leiva. its pretty dumb not to use him when milan pay him 2,5m a year. he’s pretty good when fit, like vs lecce earlier this season. even albertini, ambrosini and brocchi could act as good reserve dm back in the days. regarding krunic as cm, yes he is but the fact is in this 4-4-2 set up he’s kessie deputy not bennacer’s which makes him a dm of this milan thus krunic never played as good as he could as when he played in… Read more »

well fair enough but id still argue that fieding players with a potential future at the club makes more sense to me but its not like we need to agree on everything and i understand and respect your opinion but what a player earns really shouldnt dictate whether he plays or not,

i never said brescianini shouldnt play. back then on this blog i was vocal about pasalic playing ahead of loca because i thought that wasnt right decision. loca, cutrone, brescianini and any other primavera players should play, but only under right circumstances and of course, in their preferred positions which in brescianini’s case is as cm, which makes him bennacer’s deputy. as it is now, the only 2 players in this milan squad who can play as dm are biglia and kessie hence biglia coming back from injury should be considered as blessing for milan. its not right to only… Read more »