Rossoneri Blog – AC Milan News
Home News Ibrahimović’s contract has been deposited, the 38-year-old striker will be wearing the...

Zlatan Ibrahimović has already trained with the squad for the first time and he’s eligible for Monday’s game against Samp.

At around 11:30 CET, Ibra got off from his private plane, and embraced Chief Football Officer Zvonimir Boban. Maldini was not present at the airport as he was at Casa Milan dealing with the market.

Zlatan, who came from Stockholm, gave an interview to MilanTV as he arrived:

How do you feel to be back in Milano?
“I remember arriving in this same spot many years ago, what matters now is that I’m back and I am happy.”

Even the weather favors your return, there is great enthusiasm for your arrival…
“I’ve always said this is my home and I’m finally back. I’ve played for other teams in my years but I’m back and that’s all that counts.”

What’s your first message to the fans?
“I’m back, finally! I’m eager to see the fans at San Siro to make the stadium jump with joy again.

Ibrahimović then immediately went to La Madonnina Clinic for his medical check-ups. He entered the clinic from the secondary entrance as many fans were waiting for him at the main one. Zlatan completed the medical and the fitness tests and then went to Casa Milan to sign the contract.

At around 17:45 CET, Ibra – accompanied by Boban – arrived in Milanello for a first meeting with Stefano Pioli and his staff. Despite not being initially scheduled to take part in training, Zlatan worked regularly with the rest of the squad in today’s session. In addition, his contract has been deposited and so he can technically take part in the game against Sampdoria on Monday at 15:00 CET.

Milan have also announced that Ibrahimović’s new number is 21. Tomorrow at 10:00 CET, there will be a press conference to present the new-but-familiar signing of the Diavolo. 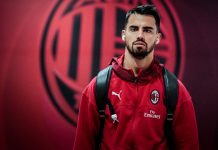 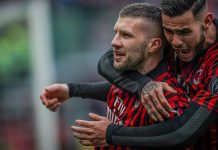 Connect with
I allow to create an account
When you login first time using a Social Login button, we collect your account public profile information shared by Social Login provider, based on your privacy settings. We also get your email address to automatically create an account for you in our website. Once your account is created, you'll be logged-in to this account.
DisagreeAgree
8
13
0
11

Zlatan is fantastic. Imagine if we never sold our squad with Silva. It all went down hill. The king is back. He will rock san siro

Yep. The downhill started there. And to make it worse, he was sold waaaay under his true market value.

I’m not 100% sold but I only hope that it works out. I have a bizarre feeling that Pioli will stick with a 433 and use Ibra as a lone striker instead of dropping calhanoglu to make room for Leao or Piatek upfront.

If that happens it will be the end of Pioli.

As we all know we haven’t got wingers for 433 even with zlatan in middle. How can a manager play hakan left wing amazes me. 4312 with leao/piatek partnering ibra to do the running. If he has to play hakan his only position is a 10,not wing not midfielder. When caldara bk possibly 3412

Agreed. I’m just amazed that we have made so many coaching changes and none of our coaches have the intelligence to see that Milan have players that are more suited for 3412 or 352 than a 433 formation. Like why did we buy Caldara and Conti from Atalanta who were a beast when playing in a back 3 and as a winger only for us to use them in a back 4 formation? Conti and Hernandez are not good at the defending but they are really good going forward and being involved in the build up play. Calhanoglu and Suso… Read more »

Exactly mate, and I wonder what the manager as seen in training with rebic? I know someone pointed out when he as come on not looked good, but 5 minutes? Cmon you have to give him a few full games to judge him and give him a chance! Hakan, suso play every game, play crap so how’s that fair?

Exactly, he always plays good and scored or helps score for Croatia. Yet Milan only give him a few min here and there? Makes no sense

that’s big question for me… 3 coach use hakan and suso and they got kick out from milan… i hope pioli learn from this before too late (or it was too late???)…

Well… If he doesn’t realize the “usefulness” of playing 4-3-3 with Calha & Suso soon, he will be out of work even faster he can say “I quit”.

Thiago Silva next please. We also need a commander back there, someone to partner and guide Romagnoli.

silva’s contract with psg is expiring at the end of the season. If we could sign him for next season, that would be massive.
With silva, we would have no problem playing with a 3 man defence, with him being the bonucci-type centreback. His experience would be beneficial to romagnoli, caldara, duarte and gabbia ( ? todibo) as well.

Milan don’t have the money for him. He values money more than the shirt (unlike Ibra). Sad but true.

agree… i hate milan transfer… now we can see, hakan, kessie, and suso with high price but no one club interest them because the price… i’m understand because you cant sell clowns with impossible price

Our biggest mistake was not signing a great manager. Conte would have transformed Milan. And bakayoko wow. He’s the best cdm in serie a and let him leave. Get Baka back

We don’t need Todibo. There’s Caldara. Just use 3-5-2 or 3-4-1-2 with Romagnoli-Caldara-Musacchio as as centrebacks and the defense is all set. Obviously I’d prefer someone better instead of Musacchio (Gabbia???) but those people cost money that should be spent on a playmaker (you know a player we’ve been missing since Pirlo left).

Okey. But whom do you mean by”those people cost money”?

if our nextbmatch, ibra still with hakan and suso then this coach is very very very dumb…

Unlike many on here, I actually believe that Milan needs to make more moves like this one. If you look at successful rebuild projects in the not-so-distant past, you’ll see that teams acquired guys like Zlatan who were experienced, cheap, and had something to prove. Guys like Tevez and Pirlo in Juve’s example. Even teams with endless money like City and PSG, they couldn’t win until they acquired experienced players. Anyone who’s played the game realizes that as a young player under pressure, you need to have guys on the team that you can “fall back on”, the type of… Read more »