Rossoneri Blog – AC Milan News
Home The Match Valeri to officiate the game against Parma on Sunday afternoon, Chiffi will...

Paolo Valeri has been named the referee for Sunday’s game, he officiated the same fixture last year.

After drawing Napoli 1-1 at San Siro, Milan will face Parma at Ennio Tardini on Sunday afternoon and will try to win.

Yesterday it was announced that Paolo Valeri will be the referee for the game, which kicks off at 15:00 CET. Betting sites have Milan as the favorites for the game.

Valeri officiated Milan 26 times and the record shows 15 wins, 4 draws and 7 losses. He’s shown the Diavolo 6 straight red cards and 70 yellow cards. He last refed a Milan game on Matchday 38 of last season, a 3-2 win at SPAL. He was the main ref in 5 Serie A games this season, showing 24 yellow cards and awarding 3 penalties. He also officiated Parma-Milan last year, which ended 1-1, showing a yellow card to Lucas Biglia.

Stefano Liberti and Marco Bresmes will be the linesmen, while Lorenzo Illuzzi will act as the fourth referee. On VAR, there will be Daniele Chiffi with his assistant being Dario Cecconi. 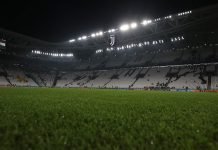 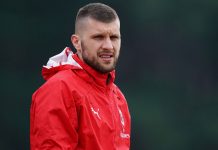