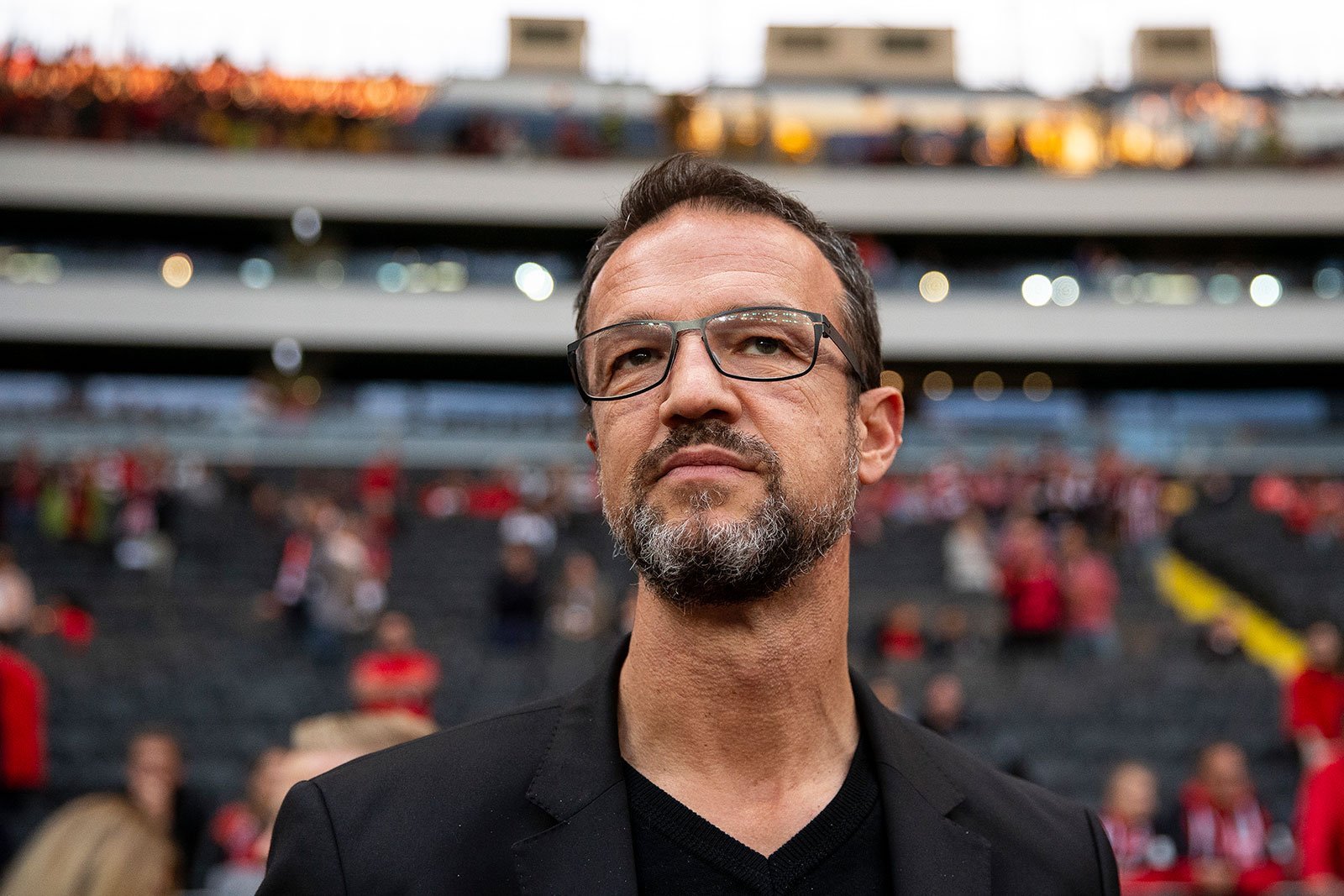 Fredi Bobic of Eintracht Frankfurt has revealed negotiations with Milan over the Rebić-Silva swap had begun three days before the mercato closed.

The Rossoneri strengthened the attack and signed Ante Rebić on a two-year loan from Eintracht in exchange for André Silva on the last day of the transfer market.

The transfer came basically out of nowhere, as Rebić, unlike players like Atlético’s Ángel Correa and Grêmio’s Éverton, was not a name that was heavily-linked with the club during the summer.

Frankfurt’s director of sport Fredi Bobic, who has known Zvonimir Bobab for a while, spoke to Wednesday’s edition of La Gazzetta dello Sport to talk about the swap deal.

“When did Zvone and I start talking? He knew that I was interested in André Silva for about a month, but the actual negotiation began just three days before the transfer market closed,” he said. “If our friendship made finding a solution easier? It’s always useful to know each other and maintain relationships, so I would say ‘yes’, it has facilitated the negotiations. In general it is never easy to find a solution when the time plays against you, luckily both Boban and Maldini are excellent professionals. Together, we found the best possible agreement in the interest of both our clubs.

“What contribution can Rebić give to Milan considering he scored 25 goals in 100 Frankfurt matches? He will be an important player, I’m more than sure. With us he was the protagonist of incredible seasons. I hope, but I know it will be so, that he’ll do the same for Milan.

“In what role does he give his best? The best position for him is a left winger, but he can also play very well as a second striker. The best qualities he can offer to Giampaolo? Ante is very strong physically and, for that reason alone, a coach hardly gives up on him. He has technical quality, he’s uses his right and left feet without distinction, and his speed makes him unstoppable.

“How can André Silva be useful for Eintracht [he has already scored two goals for them on his debut]? He is 23 years old and he’s a player of incredible ability with very refined technique. I believe that here he can further improve, on a physical level and not only.

“How’s Boban doing as a director? At the beginning it is difficult to get into the new role, management is complex. But Zvone is still a man of great personality, he will find his way and he will also become great as a club director.”

Most of sport outlets like Gazzeta, Sky and CorSport say that Giampaolo will play 433 to get the best out of the players.

I don’t think it’s the case, he’s a stuborn coach and not fond of 433, although I personally believe we now have the players for it.

Once again the team was badly constructed for the new coach to implement his ideas and formation. In my opinion Bennacer and Hernandez were only two acquisitions worth mentioning.

I thought that 4-3-2-1 used last game was OK. However with Rebic added, we might as well use him in his natural left wing position. I also think 4-3-3 works for Piatek better. My only problem with that is SUSO! He is too slow and does not run direct, instead he cuts back and crosses the ball. He could try to be more like Mo Salah, do both direct run and cut back. He needs a good coach. If we switch to 4-3-3, I would like to see Leao on the right wing and Rebic on left. Use Suso as… Read more »

I mean Piatek played 3412 in Genoa partnering Kouame up front so saying this formation doesn’t suit him is not quite true. It’s probably Giampaolo’s ideas on his movements and positioning that don’t click. At least for the moment I hope.

What irritates me is Giampaolo saying Paqueta needs to be “less Brazilian”. We need that brazilian spark in our play!

I expect Rebic to do well because he suits the tactics of the coach and his 4-3-1-2, but he’s not a great goal scorer, so that’s my major concern. If he can get into double figures in goals we will be okay, but I guess we’ll have to wait and see. I think his acquisition on loan made more sense than what they were trying for with Correa, especially after there was an obvious lack of trust, by the coach, in Leao for the second striker position, and also the fact that Samu seemed to be going nowhere, with whom… Read more »

My prob is why the heck did we sell cutrone for a player we aren’t going to even play! That 35 mil could have spent on a good midfielder. We could have got Everton, olomo, neres, depay, ceballos, sensi, tonali, pellegrini etc! Instead I feel like we wasted the money for a person who won’t get into the double digits not bc he can’t, but bc the coach won’t play him. That’s just incredible to me. Buy players that will walk into this team. Wasn’t that the point of the transfer this summer since we were one point away.

Leao will get his chances this season, but it’s just a matter of when he’ll become a concrete option for Giampaolo. In my humble opinion he has all the necessary attributes to become a world class player, just like all those players you’ve mentioned, with Everton being the pick of your list, but just like Paqueta, the coach has some issues with his tactical discipline, which is glaringly evident. Regardless though, I don’t see it as money wasted, even if it was merely because of the huge potential this kid is, but it’s not just that. Leao adds a dimension… Read more »

I really hope he can add quality to our attack. What I don’t know is if Giampaolo will deploy him immediately or he will wait until he becomes ready. What I think is that Milan have an interesting young squad with potential to grow on the following years, in a sustainable pace. No more, no less.