Rossoneri Blog – AC Milan News
Home News Montolivo out of the US Tour for technical reasons, his Milan contract...

Riccardo Montolivo will be left in Italy while his teammates tour the United States, and it’s an indication that Rino Gattuso doesn’t want to keep him.

Milan named their 28-man squad for the International Champions Cup yesterday evening, and a notable exclusion was that of former captain Riccardo Montolivo.

At first it was thought that Montolivo has a physical problem, but according to Milannews.it and Sky yesterday, and today’s editions of La Gazzetta dello Sport and il Corriere della Sera, the decision not to take Montolivo was made by the coaching staff – a technical decision.

CorSera claims that Montolivo took the decision badly, as it arrived with no detailed explanation, but instead a simple ‘do not come, stay at Milanello’ from the Team Manager. The plan of Milan, the newspaper claims, is to terminate the contract of Montolivo who earns €2.5m per season.

It is claimed that Bologna and Werder Bremen are two possible destinations for the 33-year-old. Should he indeed leave, it’s possible that his place on the team will be filled by Milan Badelj. 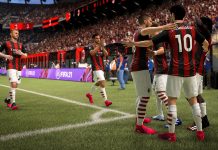 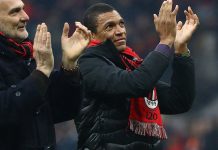 Milan is cleaning up. From the owners to the staff now players big changes and I’m excited to see what goes on with the transfer market

Loca will never become the player we were hoping for. Stop pushing dubius homegrown players and accept the fact that we didn’t produce first team starter for a decade now…Badelj would be a great addition to this squad!

Lol
Do you even watch football?

I’ve never been a fan of Montolivo but I’ve always been a fan of having or showing respect but if the reports are true and he was simply told ‘do not come, stay at Milanello’ then I’d be very disappointed in Gattuso and his staff
They’d of had all summer to have told him there intentions
Montolivo was probably the most disappointing captain Milan has ever had but he was captain none the less and thats no way to treat a former captain or even any player who’s been at the club for this long

Normally i would say you are absolutely right, but that is our Problem. Milan was too Soft in the last years. We kept him longer than he was needed and out of respect he should have looked for another team years ago. It is just time to go seperate ways. Thx for everything but please leave without making a problem

Well said man. Even though I’ve been a fan – he has been bad since he became captain, I guess it was hard to recover from that along with his 2-3 severe knee injuries as well.

Montolivo deserves nothing, he never been captain material and never will. Ever since this guy helped turning the squad against Seedorf, disrespecting our legend i wanted him out. Who knows, maybe Gattuso haven’t forgotten that and is doing this on purpose. Anyways, giving three year contract extension was one of the biggest mistakes our board made in recent years. This guy is a pensioner and adds nothing to the team. Besides, i would rather see Loca or Mauri given a chance than keep this guy. If we are to get back to the top where we belong, the board and… Read more »

The way montolivo is relieved is absolutely ruthless and reminds me of Italian mafia. I’m all for terminating his contract but at least do it in a respectful way. He deserves this much from a club like Milan. Also may I remind everyone football is just entertainment. Club shouldn’t play with people’s lives and livelihoods like this. Hugely disappointed. I guess we are entering the venture capitalists mentality. Sad

I’m all for a ruthless trimming of the squad and to free up space/wages and theres plenty other players who need to go but what some people here seem to forget is that the very fundamentals which make Milan a classy club is that it was always seen as one big family while your inside it and everyone from the young lads cleaning the boots and tea lady’s right up to the captain of the first team was shown respect and made to feel like an important cog in one big collective, now I’m well aware that Monty was never… Read more »

That’s business milan can’t keep going like this Montolivo is one of many that needs to move on and how it’s done is irrelevant.Milan in the last few years has become a retirement home and full of mediocre players Monto would have even sat on the bench in the heyday if we want to be successful we must be ruthless on the field and in the way the club is managed good on Gattuso he knows what milan DNA is.

They lacked class with this move, but didn’t montolivio terminate his contract some months ago?

Those two WC miss due to injury, he was our best player for 3 seasons he would’ve done a lot better in another team.
But I don’t think he trains hard, and he complained about not being match fit for missing so many games Gattuso didn’t liked that.
IMO he was playing good football under montella. and I still believe he is far better than Biglia.

Calm down
Reply to  Raven

He was one of the best performers in the early stages of last season scoring a few goals. It was time for him to leave but I didn’t see other midfielders playing much better. Above all its sad we couldn’t send him away in a better manner

Emmy Apache
Reply to  Calm down

montolivo out good riddance.. ive always want this guy out.. tired of him now.. can someone add me to the milan chat group 18768568723 plz
FORZA MILAN

Can someone add me to Milan chat group please

Comment:Badelj is not that creative.Milan needs a holding midfielder. Can someone add me also to the Milan chat group
#00263777543511

Enough of this pity comment fella”s ,we have to understand that Elliot are here for business and they are not willing to waste money on anyone that they think is a liability to their investment, many more players will leave with style.Milan has been a retirement home for many players even if there is offer for them they choose not to leave because of the freedom they get even before this saga monto has already have an agreement with the old administration over his contract for mutual termination.As for locatelli we should stop overrating him he will never be that… Read more »

I am surprised with the message they sent him. Really??? So unnecessary. Could’ve done it in a better manner with the same outcome. You don’t have to be ruthless for the sake of it. Guy must be shocked.

Montolivo shouldn’t be treated that way
He deserves some respect and this was a player who left his side where he was the captain of the club to sign for us.
Does it mean the 2 players called up from milan junior teams are better than him? No.
Well Gattuso got this wrong but let hope he wants to get the best side of him by taking such action.

Noooo! I hope he stays. He is our real captain, we need him more than ever. True leader, gonna miss him if they terminate his contract. If we could only get Muntari back I’m sure he would shine again