It is now official that Milan and PUMA will team-up starting July 1st, 2018.

Milan announced in October that after 20 years of working together, they ‘mutually agreed with adidas to prematurely terminate their technical sponsorship deal at the end of the season 2017/2018.’

And today they confirmed that the company replacing adidas will be PUMA.

“PUMA and Milan have today announced an official long-term partnership, that brings together two of the most passionate, iconic and ambitious brands in football industry,” Milan wrote on their official website.

“Effective 1st July 2018, PUMA will become our official partner, global technical supplier and official licensing partner.” At least in the short term, the figures PUMA will pay Milan are believed to be lower than what adidas had been paying (reports a few months ago talked about €10-15m yearly). 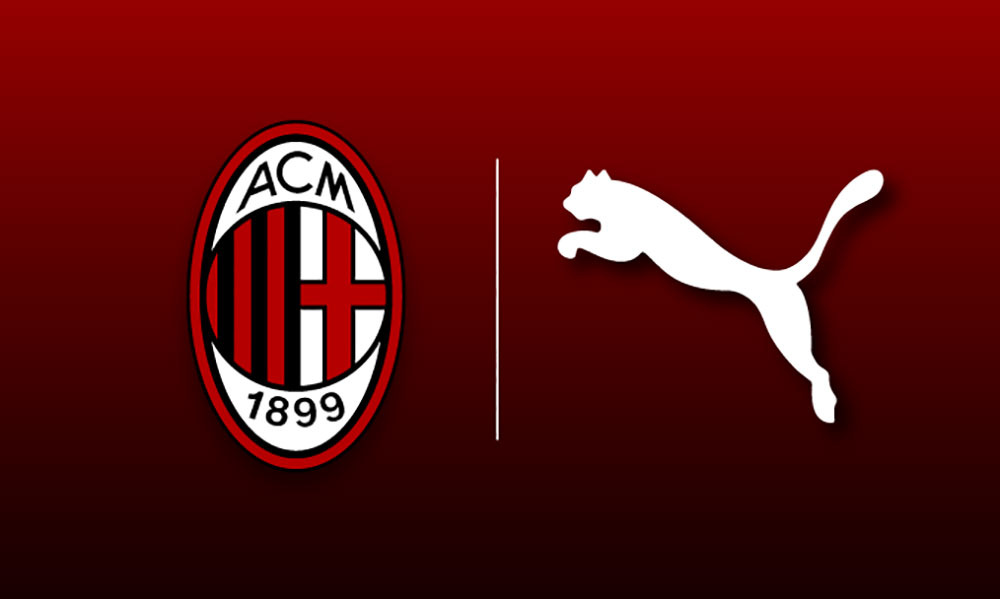 “We are very proud to be partnering with Milan,” Bjørn Gulden, Chief Executive Officer of PUMA, said, as written on acmilan.com on Monday morning. “They are one of the most successful clubs in the Football history with a large, global fan base and the team and their fans show the true spirit of football. If you ask me, the Rossoneri jersey is one of the most iconic jerseys in football. We are looking forward to the next chapter of this legendary football club being with PUMA.”

“I am very pleased to announce our partnership with PUMA, to whom we are bound by mutual esteem and by our common passion for sports and football values,” Milan CEO Marco Fassone said. “They represent a major international brand and we will be proceeding together in the next few football seasons in our strategic pathway striving to reach new and extraordinary goals off and on the pitch.”

Lorenzo Giorgetti, the Diavolo’s Commercial Officer added: “We are very proud of the agreement signed with PUMA and look forward to starting this new adventure together. PUMA’s mission, quite clearly expressed in the brand positioning with the claim ‘FOREVER FASTER’, perfectly combines with the ambitions of our Club on the pitch and in the commercial development, where PUMA will accompany us as an ideal partner to face the forthcoming challenging football seasons.”

In a few months’ time the home kit for the 2018/19 season will also be unveiled as for the first time in many, many years, Milan will not be wearing a shirt with the adidas brand logo on it. 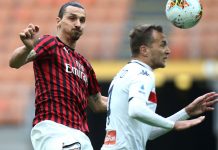 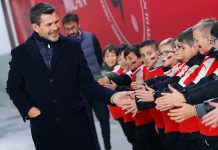 Connect with
I allow to create an account
When you login first time using a Social Login button, we collect your account public profile information shared by Social Login provider, based on your privacy settings. We also get your email address to automatically create an account for you in our website. Once your account is created, you'll be logged-in to this account.
DisagreeAgree
16
22
0
28

It’s really happening. Kappa would have been better, but then no one wants to take a sinking ship.

Our Jersey is obviously going to be ugly and tight….please puma suprise us.

lmaoooo.. seriously jed….. sure it would be tight, which i kinda like, but ugly, you can’t really say at least for now.. though the name behind and numberings would be outta sorts but like you said…. please suprise us

Why can’t you reason well to know that Puma is even more valuable?

Did you know that the founders of PUMA & ADIDAS are brothers? Two of the world’s most renowned shoe companies were birthed from a bout of bad blood between siblings. In the 1920s, German brothers Adolf and Rudolf Dassler launched a shoe company together in their mother’s laundry room. Their business boomed after Dassler shoes adorned the feet of gold-medal-winning Olympians in the 1930s. But as their sales spiked, so did the tension between the two brothers. World War II proved the breaking point in their relationship. While no one is sure what caused the riff, it’s said to be… Read more »

No tight kits for the love of god please NO TIGHT KITS!!! Thank you

U know what else is tight? Mino raiola in George clooney’s batman suit, with batnipples upfront and bat credit card in the belt

I’m not fat lol ive never liked tight jerseys even when I was freaking anorexic looking but a fitted look would be good. Like the way dortmund looks would be great but not arsenal looking arsenal looked way better with Nike.

I still really dnt understand why we are leaving adidas.

It’s not us leaving Adidas, but the other way around.

All Milan fans should stop buying Adidas after that crap and garbage treated Milan.

Guess they grew skeptical about the new owners and their project. Tha,t and the fact that We are a shadow of our former self…
Well, I say we shall rise again, with their competing brother company…
Forza Milan

Well it may not be commercial for adidas

Chelsea’s deal with Nike is said to be worth £60m a season for 15 years.
Manchester United receive £75m a season in a 10-year deal with Adidas, while Barcelona will rake in £140m a season from Nike from next year

Milan is living the reality of the set backs of recent years but WE ARE MILAN and am sure in couple of years ahead, Adidas will regret leaving us because Milan will be back stronger.

Most definitely the deal is low and reason why the numbers are undisclosed but like I said, I believe we are Giants forever regardless of our current situation.

From Dolce & Gabbana to Diesel, from Adidas to Puma… still big sponsors, but not as big as the previous brands – pretty symbolic for our current state. I wonder how our jerseys will look like. Dont know how the extra tight fit will look… doesnt really matter though, what matters is how we perform, hope there will be plenty of success stories in the Puma jersey.

I’m glad for Diesel as Renzo Rosso the owner is a die hard Milan fan. He was even considered as a shareholder as there were reports he was interested to buy a minority stake of AC Milan

Was going to say the same thing.. Im actually glad that Diesel is our partner, they are known as a creative brand, and brave which is more compelling to me than those D&G suits

Lets hopes that “broken jersey” moments never happen to us.

If only a good sponsor from Italy would take sponsore us. The Germans ain’t loyal

is your mom who’s sinking

I just finished reading shoe dog, memoir by phil knight, creator of nike. One of the best autobiographies ive ever read and how i wish it was nike instead that poached milan instead of puma. How sweet it would be if nike’s milan beat adidas’ juve, visionary rebels beat status quo. I mean, who would u rather pick, an apparel with uncreative animal name or a greek goddess of victory herself? Alas, the sad fact is milan are senegal of european club football

Maybe they give us Bolt next season. I know he ain’t even a fotball player but he sure as hell is better than Kalinic.

If the milan project gets the results it promises than wouldn’t we be puma’s most valuable club side partner? and wouldn’t that get one of the best jersey deals? Just saying this has potential

I also read that according to various sources, our revenue will increase compared to past seasons starting next season, and if we do well, and perhaps get to UCL, we’ll get even more from Puma.

Fassone is the one person in management whom I have no issues with.

I’m happy with puma its next best thing to Adidas. I’m really interested to see the jerseys because puma to me always make nice kits. Sources saying this sponsorship will be second to only Juventus is deals and will surpass our old deal if we perform. That ain’t so bad! Hopefully brings us luck and good memories. Third kit should look sharp