Jose Sosa could still leave Milan as the transfer market is open in Turkey, but the Diavolo can’t sign anyone.

The transfer window in Italy closed last night but it is still possible to sell to countries where the market is still open – and Turkey is one of those countries.

As reported by Gianluca Di Marzio, Trabzonspor are not giving up on Jose Sosa and have increased their offer in attempt to convince him to join them.

Di Marzio claims that Sosa has been offered a three-year contract worth €5 million per season, with the Diavolo getting €6-7m for the 31-year-old, which is more or less the amount Milan paid for him last summer to get the Argentine midfielder from Beşiktaş, where he was a huge star and selected voted Player of the Season.

Marco Fassone and Massimiliano Mirabelli have already confirmed and there’s time until September 8th that it’s a possibility but it must be said Milan will not be able to get any player to replace him. 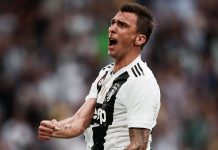 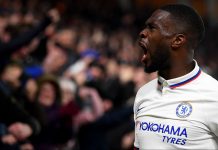 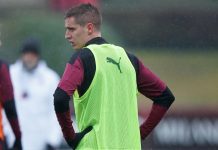 Report: Parma make Conti their main target for the right-back position, Fiorentina are also interested in him

If he doesn’t accept this he is mad too cause this is once in a lifetime offer for him.

men this is like a dream,Sosa what re u waiting for?

Seriously, €5m per season for 3 years? If the amount is for 3 years, i think it is more valid.

I know that Sosa desperately wanted to leave Turkey because of the uncertainties in the country… so I dont know if it will happen, but this deal is good for everyone involved. Perhaps Kucka can convince Sosa somehow!

Wat ya waitin fo,git ya mov on!

I actually think our depth in midfield is good, only thing missing is a sub for Kessie, which we had – Kucka – otherwise its fine. As mezz’ala we have both bona and Hakan, Monto is great in that role too. Sosa is good with his passes, but too unpolished in the defensive phase of the game, when played as a regista

Hope you realize that Bona has suddenly become injury prone? So is Monto. And it’s best to have that depth than being screwed if something unforeseen happens to one of Biglia or Kessie! Hakan is still settling in. Mauri is still finding his feet. Locatelli is still growing…

Um no thanks. Not until January.
We cannot have anyone to replace him, and if a few of our midfielders get injured, we are screwed.

I don’t think we’d miss Sosa so much. We have several youngsters that we can trust. Especially if we mix them with experience. Locatelli, Mauri, Zanellato, Gabbia, can all get space to grow too.

Don’t forget that Sosa ‘s contract expires in June and we won’t renew so best to let him go now.