Filippo Inzaghi believes Maldini would be the right fit at Milan as he wished Montella the best and said ‘he does not need advice from me’.

After 14 years at Milan, which also includes a season to forget as a first team manager, Inzaghi left in 2015 and is now coaching Lega Pro’s Venezia.

Pippo is sitting in 2nd place in Group B (North & Central East) with 14 points from 7 matches but is keeping an eye on the things that happen at Milan. Speaking to Sky Italia, he shared his view on the possible return of Paolo Maldini, who has been offered a role at the new management of the club (he’s considering it but the Italian media is skeptical over his ‘yes’).

“The start of Milan’s season? I’ll cheer for Milan all my life; they gave me a lot,” he said. “Once we’ve finished a game the first results I always look for are my brother’s [at Lazio] and Milan. I hope they come back to the stage where they deserve to be, they’re doing well; I wish all the best to Montella.

“Tips for Montella? I don’t think he needs my advice, he’s good enough to work calmly and let’s hope he can bring Milan to where they deserve to be.” Milan and Montella are tied with Roma, Lazio and Chievo in third place of Serie A after winning 13 points from the opening 7 rounds of Italian football.

“If bringing a legend back to the club is a good idea? Yes, but in in this Milan there’s always been Franco Baresi, who is an incredible legend. I know the names of Maldini, [Demetrio] Albertini and [Massimo] Ambrosini have been mentioned, and they’re all people who can give Milan a lot, because they know Milan’s DNA. They know what it means to wear the shirt and the fans love them. If these people came into the club they could only do well, and if Maldini returns to Milan we’d all be happy.

“Paolo is an exceptional person who knows football. I’m a little bit outside of these things right now, Milan are in my heart but above all I’m thinking about Venezia and doing well for this city and fans.” 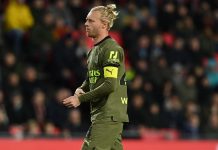 Voted. Is Ok to vote more than once?? (African style, you know..)

Grande Pippo, no matter the results in your year as a coach for us, you’ll always be remembered as a legend! And i know that, i personally am following your progress! Hope to see you do great things as a coach as well.

Two weeks without Serie A….i cannot wait to see Chievo vs Milan, we need to beat them and edge closer to the top of the league!
Montella doing a somewhat good job considering he doesnt have the players he initially asked for in summer mercato!

Milanistas would love you forever Pippo.