Rossoneri Blog – AC Milan News
Home News Interviews Honda: “My situation at Milan is not easy, being on the bench...

Keisuke Honda is quoted on the Italian media, briefly talking about his current time with the Rossoneri.

Honda is perhaps the biggest star in the Japanese national team but has fallen from grace at Milan and is no longer a first-choice for coach Sinisa Mihajlovic.

Adriano Galliani denied that Honda had asked to leave the club but Miha said that if a player is unhappy then he’s free to go and it seems that Honda is going through a rough patch at the Aldo Rossi club.

“The situation is not easy,” Honda said this week according the Italian media. “To be on the bench for so many matches is something that has never happened [to me before]. I’m beginning to understand how it feels to be on the outside. My position with the national team group, fortunately, is different.”

Honda is linked with a number of Premier League clubs and it remains to be seen if he will stay at Milan past this January. In any case, his contract with the 7 times UCL winners expires in 2017. 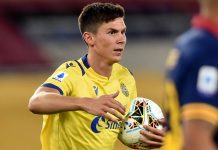 Ever Banega will be free agent in the summer

He is very good player, but he just doesnt fit into Milan or Serie a… In Russia and for Japan he playes some very decent games, but in Milans jersey he simply isnt on his level.. He needs to move on, just as nocerino and mauri and suso (mauri and suso on loan for playing time) so we can get some new decent midfielders…

Maybe Milan’s jersey is the problem?
Anyways, we have a decent midfielder, in Honda. He can’t be worse then Cerci, Poli or Nocerino. It’s just Miha flexing his …

If you have little sense,you should know that is not going to leave milan. At least not this stage where milan is building their asian market.#think

Build their asian market on the back of a bench player who is unhappy and being linked to a move? If that’s not a winning strategy to gaining fans, I don’t know what is!

there’s a player who has not been given his due respect,a player who is underated,a player who gives his all to the team,a good defensive midfielder,the best according to lampard and john terry,he defends well,doesn’t overlap,has good control,ball technique and balance,can pass the ball,always in the top 5 of most completed passes in the EPL,arguably the man of the match in Bayern Munich vs Chelsea champions league final,won silver ball,with only the great Lionel messi winning the golden ball above him in the FIFA u20 world cup in 2005,Milan!!!…Go for Mikel Obi,a good player who we will value so much,will… Read more »

Is this a joke?

Doesn’t overlap is a good thing?

This is a case for when you are as high af and you forget the year your in.

Please any update on bertolacci’s injury

Do you miss his goals? Or why do you want to know? Do you aslo want to know the possibilty of bringing back bonera?

Honda is not getting younger, and with Milan buying a few players the competition in Serie A is tougher. He needs a move to get first team football and also step up his game. I don’t see that happening anymore at Milan. He shouldn’t bear any grudge. The coach has done a lot for him. The club will not forget his contributions in the past seasons.

milan should let him move on. it’s better for both team and player, and he is not a tool to grow asian market, hello kitty is. btw, whats the deal with bee-investment, is it done? with how big the china fan base is, milan should have negotiating with chinese instead of him. now the deal seems floating nowhere.

Milan will not let honda leave, he brings to much money to Milan by selling the Nr 10 shirt in asian. and he is pretty good player, milan have not ben able to use his talents. I have seen some maces of Japan he is as importent for Japan as ronaldo is for portugal or neymar for brasil or messi for argentina, ofcurese they are better national teams but still everythink is espectet from honda when japan is playing and he scores and do assist allmoust every game the same did he with CSKA. and to se him sit on… Read more »

“he brings to much money to Milan by selling the Nr 10 shirt in asian.” Where is the money, what are you talking about, he is not a talent what Messi or Ronaldo, are you from japan? cause i don’t see any other reason why would you write that.

He may not be milan material but he is right im from australia and as the only 2 decent teams in Asia are AUS and Japan I see him a lot and he many not be messi but he sure as hell plays a lot better for Japan than milan he really is scary to watch sometimes. There is a reason they love him in Asia so much. Really someone should try him in a game like this in central mid he runs can pass defends has good vision when we have no options its a chance to try him… Read more »

after getting Mikel, we will then go for Drogba and then maybe get Mourinho to coach the team..

Lumen,yeah I am,but forget me being a Nigerian or not,its one world and we are all in it, yes he may be an African,but last two seasons, inter Milan went for this guy but couldn’t get him,he’s an upgrade on dejong believe me,he’s the second best African player for Gods sake with only yaya toure besting him,just my thought though…not all thoughts are welcome, feel free to critscize

Some thought are disgraceful mostly when born out of sentiments. Mikel is washed up and not what Milan need to move to the next level. 80% of his passes are backwards, the remaining 20% are sideways.. Forget him

Common Slyfox, when would some of us learn to liberal and do away with sentiment, I’m Nigerian, but how could I recommend Mikel at this level? Don’t get me wrong, he can be a good squad player, why all d accolades? This is 2015 for God’s sake… Mikel retarded since moving to Chelsea.
Honda is free to leave for all I care, I think for once our problem isn’t really our defense this time, with two quality mid fielders and a sticker maybe Lavezzi, we should be decent, glad to see Niang back anyways.

People keep saying he doesn’t fit in serie a … there was a time where he was on a role and scored more than 5 nice goals, I just think it was mostly Inzagi’s fault I mean look how El pharaone was doing with Inzagi, but at this moment he just needs to step up his game and stop complaining.

best of luck honda u will be a leader in west ham.

A lot of people were expecting a lot from Honda saying his quality is amazing. I was always pessimistic about his quality, and rightly so. He is a good player, has his moments, but he is overrated to me. The fact that he is unable to secure a place in the first team, in a midfield with low technical abilities says a lot. We should cash in on him in my opinion.

You said it Your self, why cant he secure a Place in MIDFIELD. Its simple bro, the Club dont see honda as a midfielder but a attacker. and that is strange for me. They did the same thing about Boateng. Boateng aswell as honda would be so much more needed in that CENTER MIDFIELD role. Both of them have that workrate and naturaly defend more then other attacking players. and what have we been missing for so long? Attacking CENTER MIDFIELDER?? we play With 3 in the center mid. and we have a good ancor man in de jong. we… Read more »

Everyone keeps saying what good defensive work rate he has and that he is too slow for the wing. He is a midfielder, why cant we play him in the midfield? I would play him over Poli any day.

Its okay Honda, u re not the only one. De jong and Diego Lopez should feel the same way too.

Guys you know why Honda sucks?? In Japan the player always move around search and create space but in milan player wait for ball in save place no cut run no switch side pass man this player can pass the ball in every circumstance u can watch again in replay the problem is no player run in empty space..2. He was very diligent player in Pippo era he score 7 goal because counter attacking football that Pippo brought after he doing tackle he run to help fast break.. If Honda play in barca he will get better achievement poorly he… Read more »

© Copyright 2009-2019 RossoneriBlog, All Rights Reserved
wpDiscuz
31
0
Would love your thoughts, please comment.x
()
x
| Reply
We use cookies to ensure that we give you the best experience on our website. If you continue to use this site we will assume that you are happy with it.Ok