Here is the squad of Milan.

AC Milan face Olympique Lyonnais on Saturday evening when the clock points 20:45 CET / Italy time at Stade de Gerland for a pre-season match up and the Rossoneri coach Sinisa Mihajlovic has named his squad for the tie.

Milan have several absences as Ignazio Abate and Jeremy Menez are recovering from respective injuries, Luiz Adriano only arrived today, Cristian Zapata & Carlos Bacca will only join the squad next week and Michael Agazzi, Michelangelo Albertazzi & Simone Verdi have been left out. Hachim Mastour isn’t part of the first-team squad on the official website and has apparently rejoined the Primavera. 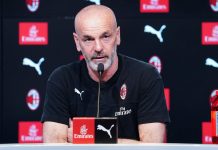 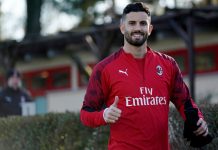 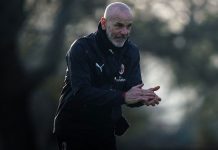 Connect with
I allow to create an account
When you login first time using a Social Login button, we collect your account public profile information shared by Social Login provider, based on your privacy settings. We also get your email address to automatically create an account for you in our website. Once your account is created, you'll be logged-in to this account.
DisagreeAgree
27
26
0
29

I would rather play 4321 cause Niang is only real ST.. And Suso and Cerci can play behind striker… (Not counting Matri as player lol)

I hope to see Ely, Donarumma, Calabria, Suso and other youngster in action as game develops..
Dont fool yourselves, even if it is friendly, score matthers cause of confidence and mental strengh of a team..

you know what i like about this lineup???? there is no montolivo

Well, that is the point hahah he isnt better than all of this.. At least he wasnt last two years…

Agree! I hope to see Jose Mauri, Niang and Suso!

I would rather play 4321 cause Niang is only real ST.. And Suso and Cerci can play behind striker… (Not counting Matri as player lol)

I hope to see Ely, Donarumma, Calabria, Suso and other youngster in action as game develops..

no Menez? so i guess the rumors are true we will sell Menez to Liverpool for 16M. latest reports say we’ll sign Abdenour and will loan him until summer. so we’ll just need Romagnoli or Savic and our solid CB partnership is set. Zapata and Paletta will be good subs. so i guess after we sell Zaccardo, Alex and Albertazzi and Mexes will leave for free next summer our defense once again will be solid. i’m a little bit disappointed by the fact that we’ll not be signing Witsel. still hope SES will get the confidence he needs and will… Read more »

Menez is recovering from his surgery

Well they get paio big Bucks to coach and play so I dont think the bill would have hurt anyone. It’s the bonding they made that was important!

Wow we still need to get rid of players, useless players…

Paletta is super sub as well as Poli, he’s a very hard worker. Bonaventura one of the best last season. Alex has to leave only because some fans wanted Mexes’s contact extension, Alex is the best CB we have at the moment. i’m neutral about Cerci, if he stays he’ll be sub. so the only 2 useless players you wrote are Zaccardo and Matri. plus you forgot to mention Albertazzi, Agazzi, Mexes.

Poli is along with flamini milans most useless players, they are rugby players, they are ice hockey players, yes they are hard workers, they are lumberjack players. but thats IT. Never thought of why usain bolt didnt become a football player? He would outclass ronaldo in runs, but is football all about making run? Is football a maratoon contest?? If so, yes i would make poli our most importent player, poli can ONLY run around like a headless chicken, if you call him a hard working player. fine. Paletta? lmao, we will make him first choice centerback .. thats why… Read more »

do you know there was a player in Milan, the job was to run…..he doesn’t know how to shoot, how pass or even how to tackle…..but still he became a Legend for Milan n Italy….so shut ur comments….go support other clubs…..
Forza GATTUSO

How dare you even put poli and gattuso in the same thought????

Difference between gattuto and poli is that gattuso could defend, could attack, understood what to do.

Poli??? Like a said a headless chicken that works very very very hard

How can you say Gattuso didn’t know any of those things? When Italy won the world cup he was almost voted player of the tournament only to be piped by Pirlo, now that’s not because he just ran around,
I can run around but I doubt I’ll win world cups!!

I also “kinda” agree with @sheva on this one…its a matter of not settling for mediocrity… If we want to compete with Barca, Madrid, Bayern, Chelsea, and Juve we cant afford to have players like Poli, and yes, even Jack and Paletta in our starting lineup. Everyone else @sheva named I agree should look for employment elsewhere (Alex, only because his age/injuries)… I wouldn’t call Poli useless though, his value is as a versatile high energy sub…but he’s taking a roster spot away from a Mastalli, a Modic, even Cristante in the past…I’d rather use Poli’s spot on the bench… Read more »

You need to stop posting the same shite all the time regardless of the post, you’re achieving nothing

This galianni is the big problem in the milan

Verdi seems to be set to loan , albertazzi & agazzi out .I actually like our team .
See what they do this season and modify it in winter .
El92 has obligated buy out clause for 16M ( if he plays 15 games )
Sheva shut up .

That kaka goal though

Send matri to primavera and bring mastour lol.. What do you guys think

He cant hang with the primavera bro.

Lol would be better to send him home?

Alex is not better than Mexes! Mexes is a rock at the back and when ever he comes forward he score clasical goal if any of u can remember! Alex is injury prone , he hadly plays 45minute with out hurting himself .. He had cost us to make unwanted sub at first half more than 2 times, let him go back to Brazil .

“Mexes is a rock at the back”….lol

Ive akways liked Mexes, but describing him as a “rock” implies consistency/reliability, which is basically the complete opposite of what Mexes is…smh.

Would sell honda n menez for sneijder n witsel for mids n Ibra will be a replacement for el sharaawy. Alex Zapata zacardo for romagnolgi team is complete

send matri back to juve for free

On another note, Im still hopeful for witsel and romanogli, as for ibra I could care less, rather have thiago silva back in all honesty. Imagine a back line of De Sciglio, Romanogli, T.Silva, Abate, and Diego Lopez! We can only hope

Chelsea are apparently linked to both Witsel and Romagnoli. It will skyrocket both their prices. .Damn prem clubs!

Guys, it would be awesome if admins could put online chat on this blog.. There are free chats out there, and we could talk more and even during games (many of us are not from Milan, not even Italy so we cant go to games).

What do you think?

There is already forum, but a chat is a good idea…that’s going to be crowded. 😀

I know, I can only imagine ANGRY ITALIAN being banned for caps lock every 5 seconds and watching game and commenting with sheva – that guy will kill us when we compliment Poli for one good pass xD

Hahahahahaha. That dude’s been talking about Bonera for more than a month. Jeez

Good idea like rosso said. i have not gone to europe once in my life. flying to milan to watch our club playing is one of my dreams. I am a guy from Cuba who lives in Miami, fl

Im from Croatia, next to Italy, but sometimes money is the problem… If you are student, like me, with weekend job, going to san siro is just a dream..
But once, when new stadium will be here, I will definitly grant my wish…
I follow Milan since i was a kid… My gradfather liked the club and from him i got the love for Milan…

Not bad bro good on tha thought you

is it true that Milan wants to sell mastour

Am appreciating the work of Sinisa Miha, He knows players that can play his pertains