FILIPPO INZAGHI left the sold-out Estadi de Mestalla on Sunday with the belief that his boys did well against Valencia.

This pre-season hasn’t gone so well for Milan so far and yesterday they lost yet another game, this time at the Trofeo Naranja. Valencia’s Paco Alcácer scored 1st with a long-range shot but Keisuke Honda cancelled out with a great free-kick.

However, Rodrigo made it 2-1 before half time and that was the final score. Milan did better than they did against the likes of Manchester City and Liverpool but were still very poor defensively. Still, coach Inzaghi believes Milan did fine overall.

“We played well, we controlled the match, although it was clear we suffered at times,” Inzaghi, who was picked by the club to replace Clarence Seedorf, said in the post-match press conference. “At this moment I am looking at the individual performances. We lost two goals that could have been avoided, we know we must improve. We were on a par with Valencia.

“When you face these teams it is difficult to appreciate that in less than a month we have reached their level. Valencia are aiming high this season. We accept the fact we lost, but compared to three weeks ago I saw another team out there. We want to dictate the play, especially in Italy when we’ll be up against teams that are weaker than us, and when the season gets underway we won’t allow these defensive lapses to happen again (both of Valencia’s goals arrived thanks to Milan’s defensive incompetence). Next week I’ll have a full squad and already against Juve in the Trofeo TIM and it will be different.

“Our key match is against Lazio and I would have been less satisfied if we had won by chance, after all it was still only a friendly, Serie A is different. This way we know we must improve. Honda? I have understood that Honda could do well in that role (right winger), he has the right quality. The goal from the free kick was a training scheme; Honda struck the ball well.

“In attack we had only a few options (Balotelli and Niang were left out, suffering from the flu), yet we still had two excellent chances through El Shaarawy and Essien and I don’t recall any great saves by Diego Lopez. Menez is able to fill any of the three roles in attack, and I preferred to play him as a false number nine because that suits him well in my opinion.

“I am happy with how Menez played after the injury set back two days into his adventure here.” Inzaghi has a lot to do before August 31st. He will have the sort out the defense, decide on a favourite midfield trio and make the attack less predictable. 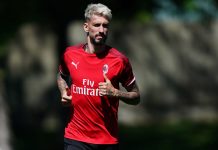 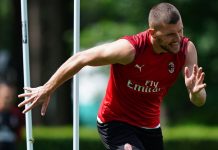 I’m afraid Inzaghi is a flop.. I know season hasn’t begun yet but seeing Milan play just makes me feel like the team has gone only worse since Seedorf left. I can’t see a team play when watching Milans games, het game only consists of individual performances.

I just hope Inzaghi can prove me wrong.

Bonera is starter and a total zero creative midfield.

Also Bonera is still a better option than Mexes, and it seems logical that Inzaghi want to ease in the new signings (Alex) in the squad, rather then start him, especially after the previous match rather poor showing.

At least he started Cristante, who is probably the most creative midfielder we have.

He should try to start Honda in central midfield role though, I hope he will figure it out.

I stopped reading after bonera is still better option than Mexes. A cow with 2.5 legs is better than bonera..

Inzaghi talks exactly like Allegri,is this what u call an improvement? Wow this is a shame

didn’t like pre-season performance neither but its too early to judge Inzaghi , after all allegri’s team at first season was far much better than inzaghi’s team now.
looking at the market , seems we might hear some good news referring to mexes who may get a deal from Man U.
this would be perfect for the likes of albertazi , would hv preferred the deal to be with bonera though.
yet again another season on the door. we will wait and see the first months of the season it would be more than enough to predict the team

I thought this is rather interesting…

“I have understood that Honda could do well in that role (right winger), he has the right quality.”

But everyone wanted to kill Seedorf for playing Honda in the same role?

Anyway, wish Inzaghi best of luck. Hoping this is all pre-season glitch and things will turn around once the Serie A kicks off.

No Inzaghi.. No No No… We didn’t play well and number 2, your understanding of Honda being able to play on the the right wing is also not TRUE.. And yes, that free kick, was I the only one who saw that set up, no one else talked about it, it wasn’t just about Honda hitting the ball in, there was something which was done to confuse the keeper also even though he couldn’t have gotten to that ball. Only positive I saw from yesterdays match is.. The new set piece trainer is AWESOME… And we’ll be getting a lot… Read more »

I agree the new set piece coach is doing a great job but alas it’s all in vain as long as our defence is at the standard it is because you can’t win jack sh** unless your team is built on solid fondations and now I hear that de shiglio could be on his way out to make funds for an attacking midfielder ie… Cerci, how can they not see that our defence is as bad as it is and not make a quality center back a number one objective? Why not just sell mexes or give him away to… Read more »

It’s sad mahn.. Really sad.. I think it as come to the point where we fans all over the world have to contribute financially to get at least one player the team needs and the management can’t get.. Is this a possibility? I know there are many fans out there ready and willing. We even have celebrities as fans, I believe we can do this every transfer market just to make B&G realize that we are tired of the BS. Is this really possible though?

First I’ll say didn’t watch the game but reading what pippo said I only can think: sir you are mediocre coach and then question why can’t you find 11 men to put the ball into the net? milan lacks a leader on and off the pitch, and I thought he was the man, what I cansee is that the players aren’t motivated we can’t win if the team never plays at 100%, this team is doomed

Still I say if you guys think there will be something good tht come out of Inzaghi, dream on. He doesn’t have the personality and character to be a good coach at all regardless of how much we loved him as a Milan player.

Just like any organisation tht is ran with emotions, @ Milan if you close to Galliani you get the nod.

I think allegri ohh Im sorry I mean pippo (only comparing first team milan’s coaching) got the job to convince fans that there still something to cheer. A.C. Milan is destroyed and seedorf lost his job because he was starting to share that thought. 1 Berlusconi doesn’t invest 2 FFP 3 baldie couldn’t make the legend-new players transition let’s face it we think of ac milan as a.top european team. please can someone tell me who is a top class player? de jong is the first guy I think of, but he doesn’t have the vision nor the passing skills… Read more »

Cerci’s still on apparently… Milan have offered 12mil for a winger who doesn’t even look good on YouTube.

We have faith on Pippo, he would build the team better and better, and it takes time. Hopefully Costa and Granier would come, then we will have a better squad next season.

We can see from their age, this is a young team. They will grow to be a new Milan.