KEVIN CONSTANT has officially left Milan and will try to win over the fans in Turkey now.

Many players have bid their goodbye to Milan this summer and will not be here in the 14/15 season, including Kaka, Urby Emanuelson, Alessandro Matri, Antonio Nocerino, Ferdinando Coppola, Robinho and of course Bakaye Traoré. And now Kevin Constant has joined the list.

Constant joined the Diavolo from Genoa in 2012 but never really convinced the fans of the Rossoneri. He still managed to play 57 times over the past two seasons, mostly as a left back.

Reports: Milan agree personal terms with Armero
Inzaghi on the USA Tour, his squad, the mercato and more…

The 27-year-old Guinean attracted the interest of Trabzonspor and they moved forward to sign him. Today the player penned the contract, as confirmed on their official website. Constant joins the Turkish Süper Lig on a four-year deal. Milan reportedly receive €2.5m from the transaction. Constant is replaced by Pablo Armero, who will have medical on Monday. It is now reported by Sky however that Armero will join Milan on loan without an option to be bought, at least for the moment.

Meanwhile, Luca Iotti has joined Elche on a three-year deal (there is a buy-back clause included). Milan also received an offer from Cordoba for outcast left back Didac Vila but Milan think it’s too low and negotiations will resume next week. 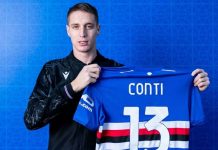 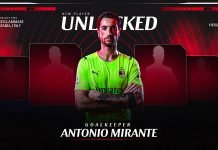 i think it is better that we sold lotti because he will now be able to fully focus on his football in the first team, i hope he devolpes nicely and we can buy him back

We are not signing for now, but at least getting rid of all the players that mentioned above. Now sell Vila, Zaccardo and either Muntari or Essien ( would love to add Bonera too but he is untouchable).

we could have loaned him for 2-3 yeard. first pacifico now lotti. and we still have guys like zaccardo and essien yeah great youth team galliani. wasn’t this “youth team” the reason we sold old Silva and Ibra? and the money we got from their transfer isn’t used to reinforce milan. it is used to buy crapy players or free agents and the rest goes to our lovely president. forza milan!!!!!!!!!!!

Why is Bonera untouchable?

need big pleyer no loan or 4 €

YES! that is all.

The money didnt go to the president.Look at Casa Milan.Amazing building. Look at the plans for a new stadium.They save the money to build the stadium.I cant understand why some of the guys on this blog dont want to understand that.Berlu still dont spend after the stadium is built then u can argue about.But not now.The people in the board are not as dumb as the kids think they are on this blog

Gettout garbage kawai….can’t wait to essien out.zaccardo is somehow useful to milan LB….I wount mind if cerci move fall through cuz we are on the verge of bringing back taarabt

I think that Galliani did a very good job during this transfer window. He managed to get rid of all dead weights (around 11 players) and still 4 to go ( Agazzi, Albert, Essien, and Vila). Bringing three free players (Alex, Menez, and hopefully Lopez).In addition bringing Armero who is much much better than Constant and hiring Adel Rami. Also buying the ownership if Poli and Saponara.
If he can manage to bring a rw winger (Adel, Cerci, or any other good player) and a Middfielder then I would give him 9.5/10 score of this good job.
Forza Milan!!

OMG i love my life!

Correction we spent 10m to get him .

Are you talking salary or transfer fee? As we absolutely did not spend ten million euros to sign him.

The fees of Constant transfer to Milan was undisclosed. It barely reached 5 million.

Half of Acerbi + 6 million according to Wikipedia

Why Luca Iotti? He was our best primavera prospect, with Pacifico. He should have been promoted and take place of Albertazzi (loan him), especially now Constant has gone. I hope we will regret this deal. What happen to our youth project?