SILVIO BERLUSCONI has again commented on the position of the coach and he didn’t shut the door on Seedorf.

The 2013/2014 season is finally set to end with the last game of the season coming this Sunday when Milan host Sassuolo at Stadio San Siro and the game might very well be the last one of Clarence Seedorf as the coach of the Diavolo.

Seedorf was preferred by Berlusconi to replace Max Allegri, who was sacked after losing to the same Sassuolo in January, but while results have been coming Milan’s way with Seedorf, the club is not happy with his off-pitch performances.

Hachim Mastour promoted to the first team
Milan-Spalletti: More contacts between the parties

“Was it a mistake to hire Seedorf? No it wasn’t a mistake,” President Silvio Berlusconi told Radio 24 on Friday noon. “We believed that he had everything that’s required to be a good coach. It’s not excluded that Seedorf will stay as long we reach an agreement with him regarding his position at Milan. We will make a decision about Seedorf after the season is over.”

Luciano Spalletti appeared to be the leading candidate to replace Seedorf but it appears that the two parties have their differences regarding wages so Milan are looking at other options. Filippo Inzaghi has said he will respect his Milan contract and will remain as the coach of the Primavera but he could also be given the keys to the first team. Vincenzo Montella and Antonio Conte are both highly unlikely while Parma’s Roberto Donadoni remains an interesting alternative.

“The two CEO’s? Both Barbara and Galliani live up to the demands of this club in terms of their innovation and experience,” Berlusconi added. A decision regarding Seedorf will be made in the next weeks; Clarence has a contract until 2016. 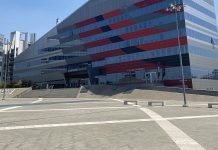 Please just leave seedorf do his job. He did much better than allegri and he is better. He doesn’t need any distraction from the game. Forza Milan! Forza Seedorf!

Seedorf should remains in the next season and next seasons. thumb me down if you agree :p

Yeah,*SEEDORF MUST STAY*. I think a season without European competition will help us a lot next season if Seedorf and or Inzaghi is on the bench. Seedorf was forced to play less youth players because of the EL as a target,so those guys complaining that Seedorf doesn’t play youth players should understand that,and all his transfer targets is above 26 years old. A season without European competition would help us in many ways like- 1)Focusing in Serie A only without any international distractions. 2)Playing once in a week. 3)Other top teams may strengthen their teams than us but could be… Read more »

Abate can be sold for more than 8m as he is an internation starter playing for italy who is known for their strong defence. He could even be sold for 12M…

Sorry i mean all Seedorf’s transfer targets non of them is above 26 years old,so it was the pressure from the management about EL qualification that made him to always field experienced players.

Oh is Mr. Berlu trying too keep Seedorf because of Spaletti doesn’t want to cut his wages? which is make sense as it is so typical of Berlu policy these days to build “cheap” Milan. I’m definitely aggree to keep Seedorf as a head coach, as he has tallent to be one of the best coach, but without these statement–> “… (Blah3) Seedorf will stay as long we reach an AGREEMENT with him regarding his position at Milan” . I belief the aggrement meaning is nonsupportive to Seedorf or maybe majority fans will.

Mustafa
Reply to  Milanisti since 98

I think this agreement involves some money issues and line up agreements.

Let’s hope the agreements are fair so that Seedorf agrees and keeps his place as the Milan coach.

Seems like my petition against Berlu and Galliani worked 😛

Let’s hope he won’t change his mind and keeps Seedorf.

Yea I feel this “agreement” he mentions is about taking control away from seedorf and making him their puppet.

You are more than right…!!! Always looking for puppets, those two B&G.

Mr B in as much as i have nuff respect for you, you are now proving to me tgat you are a big joke!!!

Luciano Spalletti is not a good coach. He was won nothing, neither has Montella,or Donandoni. If Seedorf goes it would be foolish but to replace him with the names mentioned above is retarded. And no to Ancelotti. He does not have faith in young players! so no thanks to Ancelotti. Milan need a winning coach. Frank De Boer would be my pick. Frank De Boer has won 3 or 4 consecutive titles with Ajax- A very young team. Even beating Barcelona. He would fit right into our system of grooming our young players and getting the right senior players to… Read more »

No to Seedorf, Please get my Ancelloti back… No more time for nonsense, no room for gamble.
Milan needs to rebuild a winning side it takes an experienced coach to “effectively” build a team, Ancelloti on the seat while Seedorf learns from him as an assistant coach.
Believe me or not, Seedorf is not yet ripe but we all know he will make a great coach anytime soon, afterall, he has all it takes except expirience!
Forza Milan!
Meanwhile, #BringBackOurGirls

ancelotti is not coming back: said so himself 🙁

There’s news that Ancelotti could return if he doesn’t win the CL… Don’t think even he could save Milan though without any investment.

I have said this over and over again the problem with milan is not coaching problem………..

LOLing, @Lumen, the wife to president Obama is shouting #BringBackOurGirls… Is she Nigerian?

Would love to see Inzaghi and Seedorf as manager and assistant. Could prove to be a master stroke.

Only B&G entertain the notion that Seedorf was a mistake, everyone else thinks he’s doing fine because they are sane! And I assume “as long we reach an agreement with him regarding his position at Milan.” means we’re not giving you any money and you’ll like it.