ALESSANDRO MATRI will spend the next months with Fiorentina (no buy-out clause reported); Andrea Petagna is back.

Massimiliano Allegri walked out the door yesterday after leading Milan in one of their worst first round of Serie A in recent years and he will be replaced by Clarence Seedorf tomorrow. Allegri’s summer signing Matri is also set to leave.

Matri was Milan’s headline signing of the summer as they made a deal with Juventus that is worth €11 million (to be paid in 4 installments) but the performances of former Italy international delivery were poor and he only found the net once.

Milan-Spezia: The Rossoneri squad
Seedorf: “I will be the next coach of Milan”

Milan were looking for a club to accommodate Matri and Fiorentina have decided to take the 29-year-old striker on loan until the end of the season. There is no mention of a buy-out clause included in the deal so Matri will return to being a player of the Rossoneri next season. Matri grew up at Milan’s youth system but really failed to make any impact in the 2013/14 term.

Alessandro will undergo the medial check-ups tomorrow and he’s currently traveling to Firenze from Milan, hoping to revive his career. “Matri will undergo medical tests at Fiorentina,” Mauro Tassotti, who will be in charge of Milan in the Coppa Italia match against Spezia Calcio tomorrow, told in the pre-match press conference today. Tassotti also confirmed that Andrea Petagna has returned to Milan from Sampdoria, where he was on loan and only played six matches in all competitions.

“Petagna has returned and we have Giampaolo Pazzini back tomorrow. We are well covered in attack,” Tassotti said. Petagna went on loan after the signing of Matri in the summer and now that Ale is going, the 18-year-old has returned. 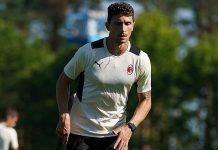 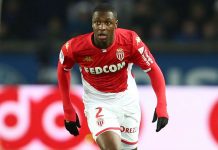 Milan reach an agreement with Monaco for Ballo-Touré, the left-back is expected in Milano on Saturday 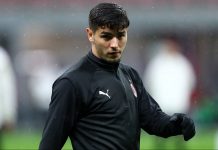 Brahim Díaz set to return to Milan on a two-year loan with option to buy for €22m, buy-back clause included

They can take Matri for free!

He could be very successful at Fiorentina

I would rather have Matri be gone and successful at another club, than take up space and wages at Milan…and play terrible.

Christmas has arrived with a slight delay.

I’m not even mad.

hahaha i can see everything turning around. . .

Fiorentina has a thing of takeing bad strikers and making them good….

Well they took a good striker and made him bad (Gomez).

Nice to hear it! Then Constant, Bonera, Muntari and other useless even for FREE.
Welcome Seedof and think you will need 1 or 2 of new faces.

I bet Matri is going to do a lot better at Fiorentina than at Milan. If he does good, keep him for next season. if he does bad, sell him.

I feel a bit bad for Matri and think he’ll actually do pretty well there and they really need him. He’s not a terrible player like Muntari or Constant he was just totally unnecessary and expensive. He was unlucky to symbolise the sheer stupidity of Allegri and Galliani.

People on this blog and their treatment of Allegri and Matri got to a point when it was just plain ugly and unhumane. Allegri might not have gotten the best of results, but he’s a true gentleman and a great man, he did not deserve such insults, he was the coach for Milan, and worked fo the benefit of us even though it didn’t turn out too good this particular season. And regarding Matri, look at the video, how the players gathered around for his good bye, it shows what a great man he is, and what a family we… Read more »

Petagna is a better striker and a better option of the bench than Matri. He is a built up striker with the eagerness to score. Matri lacks that.

I’ll agree with Milanista have watched a lot of Milan training videos and I’ll say one thing for sure is that Allegri was a very kind hearted person just look at the way he welcomed Honda for example. He was certainly a good man but made questionable decisions as a coach.As for Matri well am not a fan of the guy one bit but I could not ignore the strong determination this guy puts during matches although it lead to nothing.All you guys see is the bad side thats the problem

Very true brother, especially with the italian statement you wrote down below!

The anger of the fans was to Allegri the coach not the person, he seemed to be a very nice person but that shouldn’t excuse his incompetence as a coach. Same with Matri, nice guy terrible footballer.

It got to a point where it did get personal and not just a matter of the flaws he had as a coach. And Matri is not a terrible footballer, he is actually good when provided with service, kind of like Pazzini, but the team as a whole wasn’t working so it was hard for him to get any service, I hope he comes back with more confidence.

I can only wish Matri well at Fiorentina, hope he comes back better and stronger

I’m so glad Petagna has returned.I thought for his age in pre season that he really shone. 🙂

We should also bring Fossati.

Yeah agree with you very much he has a little of pazzini in him.To be honest when he was coming to Milan I didn’t really see it as a bad signing I was just optimistic to what will happen and what he bring to the team.I didn’t see him as a bad player.But when theirs no one to provide him with service you can’t expect him to perform magic..His not like Ibra that can single handedly carry a team.I wish him the best of luck after all another man’s trash is another man’s treasure.

You know your stuff, yeah, the only thing was that he was surplus to requirements and not really needed, but he is a great player when provided the service. Like you say, not everyone is like Ibra, he really is one of a kind.
I hope he comes back with more confidence and enthusiasm than before!

I could not agree more bro…well said

Good…….Petagna is back
Goals galore Milan

Kessié: “I want to stay forever and the fans have to be calm about my renewal, after the Olympics...