MASSIMILIANO ALLEGRI has been sacked as the coach of Milan this morning; Tassotti, Inzaghi or Seedorf to take over.

The Massimiliano Allegri era is over, now it’s official. The 4-3 defeat to newly-promoted side Sassuolo last side was the straw that broke the camel’s back and the Rossoneri have decided to relive the Tuscan coach of his first-team duties.

Allegri joined Milan in 2010 and won the Scudetto in his first year, he’d then go on to finish 2nd and then 3rd in the following seasons but this year his Milan have been nothing short of embarrassing and Milan have decided enough is enough.

“AC Milan wish to communicate that Massimiliano Allegri and his staff have been relieved of their duties with immediate effect,” a statement on Milan’s website reads on Monday. “AC Milan would like to thank Mr. Allegri and his staff for their time with the club and wish them the best for the future.  Coach Mauro Tassotti will take charge in the meantime of the team.”

Barbara Berlusconi hinted last night that this is the end of Allegri: “It’s necessary and urgent to change. It’s not tolerable for our fans to watch such unacceptable performances.” Allegri has become the first coach Milan sack during a season since Fatih Terim in 2001. It’s still unclear who will be the coach of the red & blacks for the reminder of the season. Assistant manager Tassotti will coach the squad against Spezia on Wednesday but he is not expected to stay in the job for long.

Primavera coach Filippo Inzaghi appears to be favourite to take over but it’s possible that Clarence Seedorf will terminate his contract with Botafogo and will come coach Milan already now. The Dutchman will be the coach next year in any case. 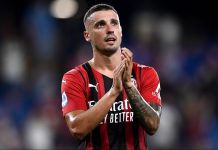 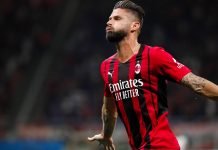 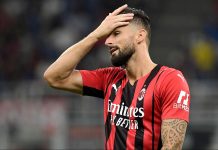 Whoever the coach is, i hope he knows how to make the team works as a team, both in attacking and defending. With Allegri, Milan turned into a mediocre team which played zona marking and each departments (defenders, midfielders and attackers) were not blended as a team. Leave it to Ibra or to Balo to score. OMG, why the management is so blind? Having watched Cagliari vs Juventus, they look better than Milan, specifically Juventus. Conte’s tactic is so simple, nothing is special. He just knows how to make each departments blended as a team, both in attacking and defending.… Read more »

Seedorf is already talking to the press here in brazil.. he is confirmed the new ac milan coach!!!!!!!

It is confirmed, seedorf has retired and is now traveling to milan to become the next manager of milan. I hope the milan management know what they are doing, giving the hotseat to a unexperienced novice manager is a huge gamble

Thank God for the news…
Now its Been confirmed seedorf will be our Next coach…
But how I wish he signs as a Player Manager…for Now so he can contribute his quota to helping on survive on d pitch @ least till d end of d season…
After which he wud resume as a Normal Coach @ d end of the season…cos even as. Old as he is,he is still a Better player than most of midfielders..

That is true ! Our coach is better midfieler than the players ! 🙂

Seedorf is a new coach – I think we should all feel excited. He was a great player and knows what it takes to win at Milan, unlike Allegri who never played for Milan. I wish Seedorf all the best – hopefully he will bring the glory back to us!!!

Its another official news!!
Alessandro matri leaves milan for fiorentina, (unfortunately) on loan only!
And petagna is back!

But this january is getting better and better man!
Forza milan! I really excited with this month!

SEDORF ,KAKA ,ABBIATI and TASSOTI schould DISCUSS about witch players dont care and dont deserve to play for MILAN they know it very well and i think it would help a lot