Bojan out injured: I suppose that’s good news, often these ex-players, especially ones who didn’t have a great time at Milan, have a tendency to come back and haunt us. Although, after he limped off injured, Ajax beat Go Ahead Eagles, 6-0!

Ajax are similar to PSV: fast/mobile attacking side with most players in 19-23 age range. Christian Poulsen at 33 is the most experienced player in the squad.  Defence-wise they seem weaker than PSV. They seemed to be in all sorts of trouble against PSV last week (PSV won 4-0) and even against Go Ahead Eagles, when under attack defence twisted out of shape.

They like to use wingers. Viktor Fischer (7)  on the left with Mike van der Hoorn (6), the overlapping left back. And on the right they have Lesley de Sa (34). They are not exceptionally fast like Navas/Bale/Walcott but fast and tricky enough to cause us problems if we are not careful.

Other players to watch out for are

– Lerian Duarte (8), plays centrally and makes runs into the box.
– Kolbeinn Sigthórsson (9) came on for Bojan, looked clinical and eager to shoot even from distance.

Overall: Milan has the upper hand in terms of experience and talent. However, Milan cannot afford to take it easy. Amsterdam Arena has never been an easy place for us, even when we had far better teams. 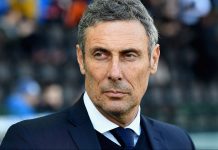 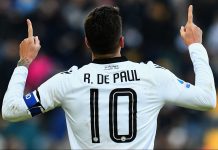 Connect with
I allow to create an account
When you login first time using a Social Login button, we collect your account public profile information shared by Social Login provider, based on your privacy settings. We also get your email address to automatically create an account for you in our website. Once your account is created, you'll be logged-in to this account.
DisagreeAgree
12
1
0
13

I thinj you’ve got the wrong left back…it’s a young lad called Boileson and he’s quick….just leaves the occasional gap! as for Duarte….I’d love to know when you saw him…hasn’t been that good for Ajax so far…Sigthorsson can put the ball away, but his control is crap!!! The person you have to watch is Fischer…pity we lost Eriksen as the two worked very well together. Milan should have the upper hand, but not easy playing us at the Arena…..we will see!!!

Too bad, he’s been really good with Ajax… Really wanted to see him prove all those who said “he’s not Milan material, Serie A is too physical for him yadi yadi ya” WRONG!!..

Really good with Ajax? 10 games, ZERO goals. We made the right decision. Just like his hair, he’s never going to change.

AjaxIan how did you end up on this blog?

What matters is the determination and character shown on the pitch, and it’s not how far but how well with the team.
I am tired of wasting my precious time watching horrible futbal

Whether our team is good or bad, this is de champions league, Juventus are always winning in Serie A but suffer draws against small teams whiles Milan wins most of our champions league matches. Forza Milan and Forza Ajax but we are going to beat them 2-0, Super Mario and Robinho. Forza Milan

This could have been SES’s game. He coukd have been too handful for their back line.
Whatever formation we deploy tomoro, the key is we must not be static as we have always been. We need to run alot. We need to Keep the ball as much as possible and we also need to close them down quickly..

Whatever an individual scout or AC Milan’s scouts say is irrelevant. Muntari and matri is going to start anyway. What’s the point of having scouts???? I hope robi starts ahead of birsa. Not a great fan of robi but he’s certainly more lively n creative. More importantly, he beats player to create space which I never saw from birsa

will allegri play 3 immobile mfs (muntari, ndj, monty)? Will he play unmatriculated matri? Will he prefer mr invisibleman nocerino to cristante as a sub? These are what will determine how we fare. Forza milan, anyways.

we can play balo robi and bris at the same

why has our coach not have given cristante chance uptill now, even the time of injury crises he prefer to brought in nocerino instead of this guy. What is the reason of collecting him from coach inzaghi.