TAYE TAIWO has admitted he does not want to come back to Milan, as he eyes new deal with QPR.

Taye moved from Milan in January on loan to English side Queens Park Rangers after failing to impress Massimiliano Allegri in training and in games as the coach said Taiwo did not manage to adapt to Italy.

The Nigerian arrived to Milan in the summer on a free transfer after a six-year spell with Marseille but was sent to the Premier League where he feels at home, and he has no intention of coming back to Milan.

Report: Cassano to start against Bologna
Thiago and Boateng to return next week

“It has been a long time coming for me to play in England,” Taiwo told the press. “The deals have never quite been done. Harry Redknapp, a great man, tried to buy me for Portsmouth when Kanu was there. He looked at me for a long time. Then so did Mark Hughes at Manchester City. But Marseille always said ‘no’.

“Now I feel at home. Everyone has welcomed me and I enjoy playing here. I know I haven’t been here a long time but if I’m here next season then I’ll be very happy. I don’t want to go back to Milan. I pray that QPR will stay up as we have an agreement that I’ll stay if they do and that would be fantastic for me.”

Taiwo has made 11 appearances for the Hoops scoring 1 goal in the process. QPR are two points away from the relegation zone. In any case, it seems highly unlikely that Taiwo will return to Milan next year. 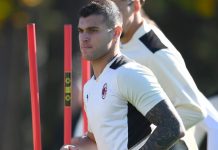 Taiwo have show very much of his quality in QPS..

Allergi you took wrong, he was great for Milan, but he need time like other players

EPL is different from Serie A -__-

does anyone know if didac vila will return.

i think he could be good given a real chance

didac failed in mallorca this year with moste mistakes and own goals in the whole la liga. so i don’t hope that he comes (yet)

Didac plays for Espnayol, not Mallorca.
Don’t know how he’s been doing though.

I’ve seem a few Espnayol games this season and Didac has done very well every time.

hahaha. didac plays for espanyol, payed 32 games and assist one time. no goals and NO own goals

Taiwo’s style of game is all about attacking and italian football is more of defending. This is the reason why he could not and can never adapt to Milan/italian football. He should stay there, it is better for him and also Milan.

This guy who was telling Arsenal how to beat us,I hope he stays there. Whats up with Allegri its like no one wants to play for Milan,unless they already had that drive before. Wish we could combine Allegri and Leonardo,would get the best of both,motivated players and good tactics.

We dont need u!

I have seen many epanyol games and believe me didac would be a very good reinforcement for next season even if I’d obviously prefer criscito. And for Taiwo I wish he doesn’t ever come to san siro

i agree that taiwo cannot defend. also, he often uses his arms or body to push other players, especially when duel for heading. simply not milan quality.
good luck, taiwo.

well right now there is tottenham against QPR and i am watching the match , well sandro hasn’t created any think until now and taiwo is average , antonini is better have better control on the ball , and made some bad passes , but his defending is good , his play is more physical His not Milan quality player , and common we arent english club allegri is not the GOD at milan his the coach and not the manager , i really dont think he have the liberty well to let a player on the bench if he… Read more »

I hope we can get some good money from the deal. if we get like 3-5 million out of it, we should be happy.