Milan have many players ending their contracts this summer and the Rossoneri’s ranks are expected to be refreshed in the summer as many players will leave at the end of the current campaign to play elsewhere.

The most notable departure of last year was Andrea Pirlo. The Milan legend moved to Turin and he is now Antonio Conte’s leader in midfield and the most important player of the Bianconeri, who’re top of the table.

Pirlo admitted this week that he is trying to convince Alessandro Nesta to join him at Juventus. Nesta’s contract expires in June 2012 and should Milan and the player fail to agree on a new contract – of one year extension since Nesta is already 36 – he will leave the club (or retire) and Pirlo hopes it’ll be for Juventus.

According to today’s La Gazzetta dello Sport, Juve have laid their eyes on yet another Milan man: Clarence Seedorf (36). Seedorf’s future, like everybody else’s, is hanging in the balance and Conte wants him. 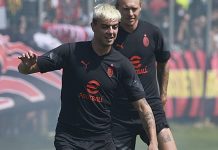 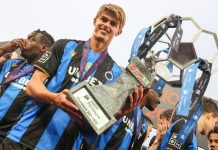 Report: Milan make opening €20 million plus bonuses bid for De Ketelaere, the request of Club Brugge is a lot higher 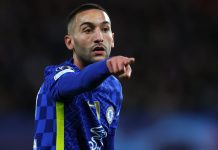 Milan continue working with Chelsea to find the right formula for Ziyech, Messias to be bought out from Crotone

not SEEDORF. It would be terrible to see him playing aginst Milan

It’s only disturbing tactics of Juventus.
Like Inter, right before the derby, our neighbours claimed to have beaten Milan taking Tevez but that’s only rumour, but it successfully disturb Milan’s concentration in the derby and we finally lost 1-0.

don’t ever ever listen to such rubbish, the media wants our surrender

Although it would be sad to seedorf leave milan, but practically speaking, I won’t care whether he plays fr Juve or Inter fr dat matter. Please don’t get me wrong but as long as we can get suitable and talented replacements it shouldn’t be such a big issue. If v can lure talents like say Christian Erikson fr replacing seedorf and someone like Howdes or Hummels fr Nesta it would be good. If v r to be regarded as cl favourites again and maybe even win it Berlusconi needs to open his wallet and v should let go of our… Read more »

make ur own damn players

Seedorf won’t go to Juve he loves Milan too much. Nesta I think will retire with all his constant injuries.

We didn’t make seedorf …he can go anywhere he likes.we’re too loyal to our senators and they know it,is time to move on pls. None of them have the love and passion of gattuso who is even willing to play for free.keep him for locker room orientation.he’s a leader by birth …

I love this player and wish they retired instead of joining juve. All i want is talented stars to replace them, we just have six stars in our team, we need talented players.

Juve can take them ALL except for Van Bommel & Gattuso. The rest of them are all finished! Pirlo’s renaissance was just a luck of the draw. Nesta cannot stay fit to play half a season much less the entire season! So why should Milan keep him if we can get better and younger replacements such as Hummels, Howdes, Dede, Ogbonna, Rafael Toloi, or Coates-who was awesome for Uruguay in the title winning Copa America Uruguay team! Ambrosini and Seedorf are done and should’ve left Milan around the time Sheva and Kaka left! Therefore they over stayed their time as… Read more »

I would have said get rid of all but Nesta and Van Bommel. I know Nesta has had some fitness problems, but he is a leader on the field. I think he, like Van Bommel, provides a great deal of stability, especially in big matches.

I would let them take Seedorf we got strasser and merkel and young new blood, but Nesta no way i would keep him and let him retire in Milan.

….Fair enough, Juve performed a real coo with ‘the maestro’ of a deep lying playmaker otherwise known as Pirlo but these has beens of Milan are a bad idea. I could be wrong but i feel it could haunt us with such a blessed array of options in the market right now!

I think juve will afraid that milan will refresh the squad.
With this issue, juve expect milan to renew the old guard contract.
And make Galliani confusing about this situation, coz I think Milan will get fresh players next season.
Replacing Nesta, Seedorf, MvB, Yepes, Ambro and Gattuso will be difficult task to our Management.
What I expect is some our former primavera player include our first squad, like Merkel, Strasser, Albertazzi, etc.

@nick well said buddy am with you all the way…

We play so much better with Mark Van Bommel on the pitch. We need someone great to replace him as our anchor!!

idk, i lov these guys man, seedorf, gattuso, nesta, zamb, rambo, inzaghi, pirlo 2 man, there all great, they still hav somtin left to giv, i wouldnt get rid of them yet. retire here guys woooooo

This doesnt make sense at all.. Why would Nesta NOT want to sign a one year deal if hes wanted to retire for the last two seasons. Im sure hes not gonna all of a sudden come out of nowhere and want a two dear deal. He’ll either retire or sign a one year extension with Milan..

N Seedorf wont leave Milan cuz he has too much integrity to join Juve..

I lost alot of respect for Pirlo when he joined Juve, n im losing more now!

I’ll be hapi to see seedorf,inzaghi,zambrota,bonera,mesbah,roma,antonini,gattutso/ambro leave but not nesta.i believe some of our youth players are better than bonera,mesbah and antonini.didac vila must return he has been good on loan at espanyol this season.

How many of you know BEDIMO the best fullback-LB in ligue1 this season MILAN should do their best to sign him.

CB – Astori LB – Didac should get a try after impressing in La Liga CM – Nainggolan, Montolivo AM – Eriksen I think Montolivo will sign on a free transfer. Asamoah is an Allegri type player, but with the addition of Muntari I doubt we will pay for him. Nainggolan would be a fine replacement for Ambro/MVB. A new LB is obviously needed, but who is on the market? Didac can have a shot. I hope Nesta stays for one more year and we can resign Astori. Eriksen will be a great player if he comes to Milan. I… Read more »

Lets just get mattias fernandes he is a firm replacement for traitor pirlo get back taiwo from QPR also get astori or criscito sell mesbah get montolivo, radja naingolan from cagliari, leave sharaawy, bcos he is a future player then get better strikers like tevez, ronaldinho, ganso, etc these are players that can win trophies for the team

Pirlo just said he talked with Nesta about joining Juventus. these guys are people and friends. they can have normal conversations too without there being some kind of hidden message or conspiracy. besides, Allegri pushed Pirlo away, remember? he would be the biggest moron in football to do it again to Nesta.

They must ßξ crazy………….y can’t them build their own player from their young age till old age…………they are using this their transfer to disturb our player so that they won’t focus on their matches right?God punish juve

Why r they doing this ?? leave our players alone !!

All the old players shd leave to join juve cos i don’t care. We are milan n we will survive without them. They are liabilities to the team.