ZLATAN IBRAHIMOVIC has reached an important landmark in his career against Chievo last night, netting his 100th Serie A goal. Here are two videos with all of Ibracadabra’s 100 goals on Italy soil in the Italian league – 23 with Juventus, 57 with Inter and 18 with Milan (his 2nd goal against Chievo does not appear on the video). Enjoy the goals from the great Swede striker, named Zlatan Ibrahimovic! 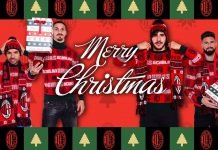 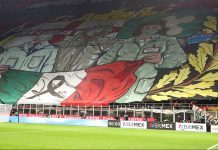 Video: The choreography of the Curva Sud during Milan-Inter dedicated to first responders, medical staff & those who didn’t make it during the COVID

saw this on tv yesterday

and they forgot goal nr.101

There is only one Zlatan

I think they missed other goals too. But this was a tribute to Ibra from a local TV channel in Sweden from Sundays late broadcast. And no they didn’t miss his 101 goal. Its only suppose to be his 100 goals for Serie A, the first milestone.

They missed 2 goals vs Fiorentina.

show must go on….

Isn’t KPB bought and payed for by Milan? Or have I missed something.

BEST… and I mean the BEST attacking player in the Serie A. Hands down.

I dont think so credit where its due he’s awesome but currently Di Natale has been the best forward in Serie A.
If you mean by All Time Sheva PWNS him easily.

LOL no. I don’t think so man! Di Natale thrives on the service of others. Ibra does everything. He makes as-sists… I do think so! I am right here. Period.

And Ibra is in his own clas*s. Don’t compare him to Sheva.

DI Natale is old but that man is a monster. he is absolutely amazing the goals he scores out of nothing.

Well you said the best attacker.Ibra is obviously a better player.
Though i think Di Natale sometimes @ssists too but not as much as Ibra obviously,

Im confused here are you saying Ibra is better then Sheva or vice-versa cuz i said “*If you mean by All Time* Sheva PWNS him easily.”

Ibra is a different kind of striker then Sheva. They are/were both world cla*ss. But Ibra is quite different.

@Giancarlo Agreed on that.

Ibra is a phenomenon, he can do everything. He can both shoot with his right- and left foot, good header, is physically strong, free kick specialist, as-sist king, he is still imo fast and not to forget Ibra’s goals are majestic!

now why the hell are some of u ruining this by comparing to Sheva? both are good….leave it at that sigh….

now why the he*ll are some of u idi*ots ruining this by comparing to Sheva? both are good….leave it at that sigh….

eh is some 1 missin on the blog

jst read on goal.com dat podolski said he could koln 4 a top club in europe.

Damn just look at the number of penalties Inter had those day!

I know who you are talking about. Lol

Di Natalie is not in any way close to Ibra. Are we talking about Workrate here? Energy level, Team play, Pace or what?

Di Natalie as far as am Concern score by chance unlike Ibra who work for it. So don’t compare!

BREAKING NEWS!!! Cavani will miss tonights game against Juve due to Injury. Football-italia.net reports.
I guess their run of luck might continue. Damn it!

Maybe loaning SES to Genoa could be a good move. Look at Merkel he is playing so good at Genoa. Marchisio will miss also tonights game due to suspension.

@idowu what a small world hope u fine and long time of no comt on the blog. What! Anytime naples against loosers cavani gos down to injury

the match wil be on at which time?

Very Nice Videos. I enjoyed every minutes of them

really??? juBe are so lucky…

GOAL.com saing that we’ve loaned maxi lopez from catania for 6months. this deal can caused tevez’s transfer cancelled. but according to reports, milan delayed maxi lopez’s transfers to 10 days because of milan still looking possibilities for loaning tevez. how do u guys reckon?

@Idowu run of luck?Dude there is no luck they play as a team with the spirit and l pray that they loose.And comparing Ibra to Sheva is crazy.Sheva was monster in every game Ibra is only good against small teams.What about CL?

Go support Jube then but im guessing you do by your words.
Jube are lucky open your eyes just cuz they build around Pirlo doesnt mean that they play as a team FFS.
And disagreed Ibra is good in Big Matches just chokes on K.O Rounds(hopefully he breaks that streak).

Then go support Juve. That’s all you do. Talk about how special Juve is. You are the Juve supporter everybody talks about here. Ibra is good against big teams… come on get real.

This Conte really got something and Lavezzi won’t play?

@Optimus Am doing Fine, am just busy. Now, you won’t ask me what am busy with. Lol

@Diavollo Yeah! They play as a team, Conte is a good technician but they have been Lucky few times.

his jubilations are the same