ZLATAN IBRAHIMOVIC says he will stop playing in 2-3 in which he wants to win everything.

Ibrahimovic is a true winner; he’s won the league title everywhere he’s been to over the last eight years but he’s still lacking one trophy: the Champions League title, which he wants to achieve playing for AC Milan.

The player joined Milan in the summer of 2010 from FC Barcelona and he has a contract until 2015.

No Milan offer for Aquilani yet
Thiago Silva commits to Milan

“I want to continue playing for two or three more seasons and want to win every possible trophy while wearing the jersey of Milan,” the 29-year-old Swede striker told the Turin-based newspaper Tuttosport on Monday. “I will hang up my boots once I’ve met all these objectives and my contract with Milan expires.”

Ibracadabra had a part in 33 of Milan’s goals last term in all competitions – 21 goals, 12 assists. 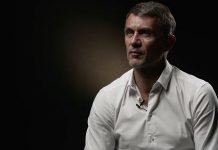 Then give him a proper playmaker to play behind him.

Now when im thinking about it, its sick!!! Ibra have been his own playmaker and own goal scorer. Ibra really are world class!! Killen från rosengård du är bäääst

Red/black is my blood

Pasha
Reply to  Red/black is my blood

Most of their champions league trophies are from the first years of the league when it was still broadcast in black and white, I think we already passed them

5 of their trophies are from then

Galliani Ibra deserves a quality midfield. He does nt deserve to be treated like an servant who will do all the work. Give him a quality midfield and we will be talking about or 8th and 9th cl title. Fozia IBRA-CA-DA-BRA!!!

yea that’s true, we need a quality no 10, Pastore wud have been better and Robinho has to step up his game, Cassano has to loose his weight and show more hungriness and willingness to play

Give him montolivo and aquilani now. NOW

I agree in toto

Champions League is our dream.
Pray we get it.
Retirement calls for mass discussion but for Ibra 2years is ideal.

but two things that he really needs is a great trequartista and mezz’ala!

if he got them behind him, i’m sure nobody could stop him to give the eight champions league title and second scudetto star to Milan.

play ganso behind ibra and pato…boom!!!

ganso is great but too slow. i would rather let ganso play as central midfielder.

i would like to see ganso eventually take pirlo’s position. they both are pretty slow but have excellent distribution of the ball. pirlo played in a more attacking role just like ganso before he joined milan..

ganso isn'[t a central midfielder. he’s a cam… he’s not slow… i don’t know where people get that idea from.

HE IS SLOW! you sound alot like giancarlo sometimes…!

no im not. im not even saying we should move for ganso. but all im saying is he’s not slow.

And i dont know where you did get the idea to try change your name and act like a completly new person while we all know your giancarlo without any doubt?

He is slow, but again hes a really quality player. reminds me of the great zidane, and to be honest he was slow as well but he was king of football

im not giancarlo… but just stating fact. i dont want ganso anyways… i think there are better players out there 🙂

i hope we sign balotelli on the last year of ibra’s contract. he really wants to play with him and he can learn alot… ooooh inter fans will be so pissed

I cut him today, yep. His blood is red and black

WE HAVE PALOSCHI THE INZAGHI LIKE PLAYER WITH DETERMINATION

WE NEED A YOUNG MONSTER THAT CAN REPLACE IBRA WHEN HE RETIRES.PATO IS MORE CLINICAL PACY NOT AS POWERFUL AND MONSTEROUS AS IBRA.

GUY ANY YOUNG PROSPECTS ANY SUGESTIONS ?

*PERSONNEL OPINION* DONT BASH ME # BALOTELLI OR THE BRAZILIAN HULK

paloschi is almost going to CHIEVO! on loan though..

Paloschi is going on loan to chievo…

Luck is just not on the side of ibracadabra.he left inter merda for barca and inter won ucl.barca also won it also when he seek pasture new to mighty milan.ibra stay focus,it is now our turn;don’t go no where.

people get the idea GANSO is slow after watching him play in the 2011 Copa America where he was just back from 2 consecutive injuries and his fitness levels were nowhere near 100%
that being said, I don’t think he’s fast but that’s how most CLASSIC No 10’s were:
ZIDANE
Rui Costa
Seedorf
To name a couple that immediately spring to mind
If he is as slow and effective + gited anywhere as close as to one of those
Then he’s a MUST BUY

we know he is talented and a classic no.10 were just saying he IS slow! cause some people actually think he isnt..

he’s not slow though. But i’m saying we can find better players regardless.

opinions are not facts.

“opinions are not facts” true.. and thats why im just gonna respect your opinion.. but i still dont agree with it.. he is slow.. lol thats my opinion..