ALBERTO AQUILANI is ready to cut his salary to return to Italy, apparently.

Liverpool midfielder Alberto Aquilani will return to Italy in all probabilities and Fiorentina seemed to be leading the race to the player; however, reports are that Fior’s interest has cooled in recent days.

La Gazzetta dello Sport suggests today that Milan have laid their eyes back on the Liverpool man, and the Italian is even prepared to lower his wage demands in order to join the Rossoneri or any Italian outfit.

“We could talk about Aquilani,” Vice President Galliani told Sportmediaset today. “He’s a midfielder with the characteristics that we are looking for so, like with other players in his role, he could be of interest.”

It appears that there are difficulties in landing Riccardo Montolivo of Fiorentina. Reports are that Fiorentina are still trying to convince Monty to stay, despite already stripping him of the captain armband. 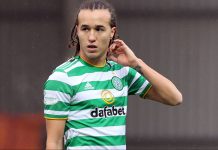 oh hell noooo. this guy is a injury prone mess.

and why would monty stay at fiorentina? They took his captaincy away. He’s on his way out. he refused to sign extension too.

AM fucking fed up

Bad news. This guy is overated, inconsistent and injury prone. I pray he doesn’t come

I wouldn’t be for this unless it’s that cheap.

That’s a deal if I’ve ever seen it.

Agreed.
Now Montolivo, Aquilani, Balotelli and Ganso are in our sight (if i understand the movements on the market). If we get Monty and Ganso, I’ll be happy, we’re complete. But thinking of future: getting Aquilani for such an amount – that sounds good. Even if he is an inconsistent injury prone, he worth that much, and would be perfect for a sub role.
So: paying 2 millions for 3 years – that wont stop Galliani. That is what he usually does. Get players under their value.

Milan is linked with every Tom, Dick and Harry in the world including Roy Keane!

I fully agree … This guy is super creative …. & if he can stay fit, he & Monty could be the next Pirlo – Seedorf ….. Signing both for approx 20 Mn would be a steal …. I trust Uncle Fester to bring them both for even cheap values

yea, he’ll be injured for complete seasons.. no use of paying the buck for him.. get monty and get any trequartista our problems are gone for good

Nooooo why the fuck do we not pay 10m for Monty but considering paying 10m for that flop? i’m fed up now!

It seems like G was looking to a way to keep the press of the true Mr.X and he found Aquilani’s issue so the press would highlight on and stay working away of the spotlight

last year he said we were interested in podolski, we ended up getting robinho and ibra.but if we do get aqualani, i wont be mad. he’s no xavi, but he can posses the ball nicely and make some decent through balls, exactly what we need. our defense and attack are ahead of most other teams, we dont need the best midfield possible, just a solid one.manchester united does fine without any world class mids, and our attack and defense is better then theirs.

Why do u have to bring in Utd…? their playing style sucks…we need a stable mid to survive next season…not lucky breaks

And? If it’s true (his price) it doesn’t have to mean that Monty doesn’t come.
It’s a bargain, even if he is an injury prone. It’s an opportunity. I don’t even like this guy, but he is a quality midfilder for god’s sake. If he would be the alternative for Monty, i would say no. But he isn’t. It’s about getting a good player far under it’s value.

Galliani is just playing with Corvino.The game is called: “Pretend-to-be-interested-in-Alberto-and-when-Viola-joins-the-race-you-let-them-win-it-so-you-can-buy-Riccardo-instead”.
😀

i think fabregas is overated and not much different 4rm Aquilani

Being linked to every midfielder under the sun isn’t to much of a big deal. Its our way of masking interest in players so that clubs won’t try and ask silly money. I think if you ask any Milan fan they would prefer monty but if the deal is there to get both I would be inn favour of it. Although Aqualani has been injury prone to get him as well as monty would add some real quality and more importantly depth to our ageing squad. But like always I will wait till the end of the transfer window like… Read more »

He sucks….Why do u think Juve discarded him??